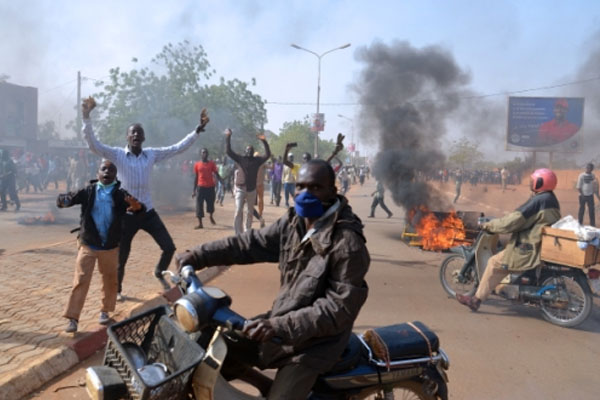 Niamey, Niger (AFP) — At least seven churches were burned Saturday in Niger’s capital Niamey during rioting in response to the publication of a Prophet Mohammed cartoon in France’s Charlie Hebdo magazine, an AFP correspondent reported.

The sites, which were primarily evangelical churches, were torched on the left bank of Niamey, several of them housed in small villas that bore no distinctive religious signs. Protesters were also headed for the right bank, which also contains numerous churches.