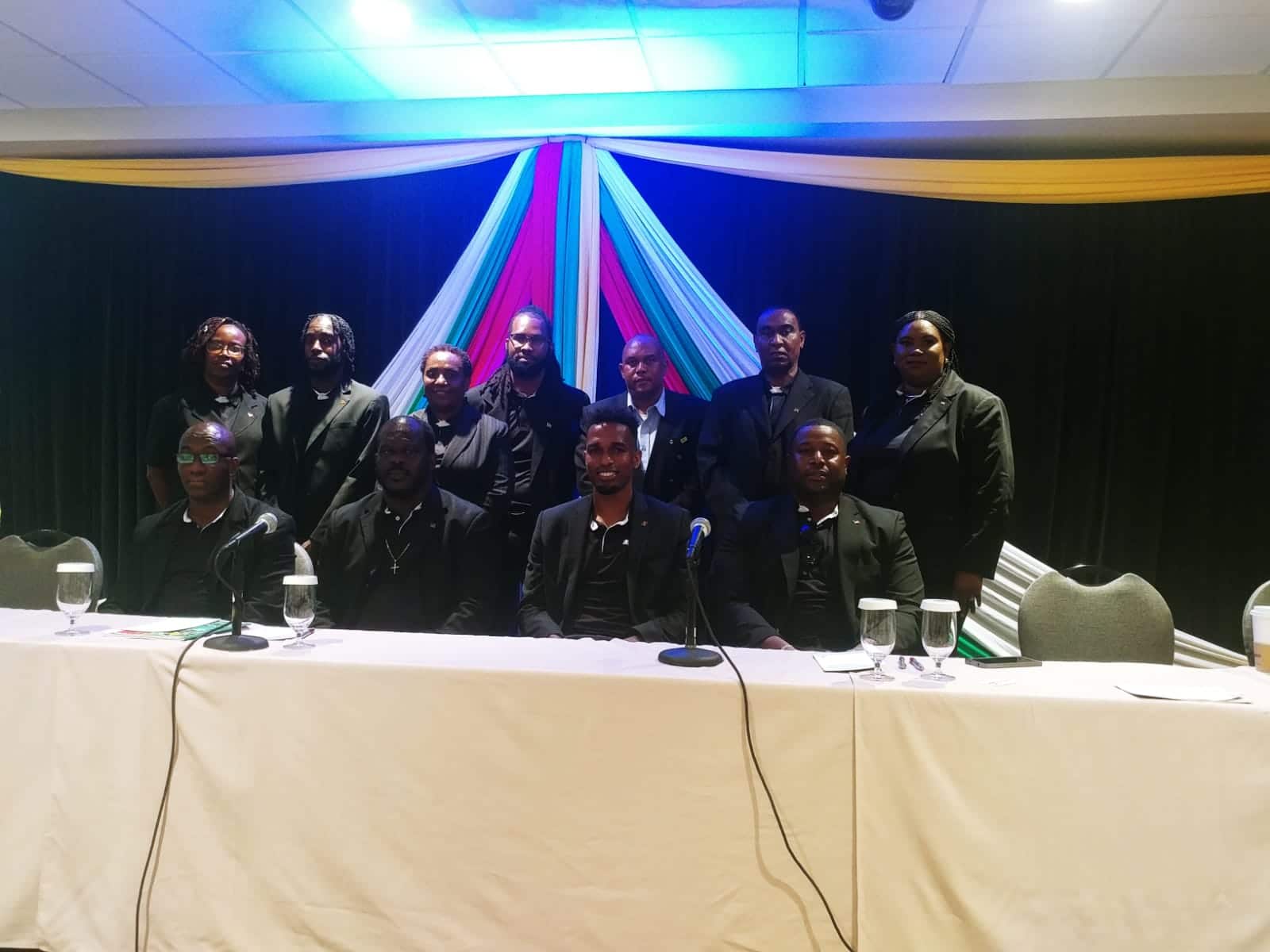 The other members of the SKNFA Executive are John Bergan (15 votes), Javeim Blanchette – (12 votes), Phil Cooper (14 votes), Patricia Claxton (14 votes), Ernest Queeley (14 votes), Alleyne Morris (13 votes) and Carlton Pinney (14 votes). Speaking shortly after the congress, Mr. Harris said his team, though new will bring some new ideas to the table, building on the gains already made by the previous executive. “The previous executive has been doing a good job. Getting insurance (for the players) and we are just looking on building on it so that St. Kitts and Nevis can be a strong reputable nation in world football,” he said.

He also wants to prioritize improving the stake of the various national teams of St. Kitts and Nevis.  “Youth development—We got to look at the foundation and I think having consistent running programs will be vital for us going forward,” he said. I strongly believe we can qualify for a youth World Cup because its raw talent for talent at that level and we’re going to be pushing for that. Also, Women’s Football is something dear to me and we are going to be paying a lot of attention to this,” he promised.

The executive he said, would look at the current state of the various programs to determine the step forward. In the meantime, however, he stressed that the SKNFA Leagues will resume as soon as they would have received the greenlight from the health authorities.

“I think a tentative date was put out for September 18 however we have to revisit. We have to be careful because we are actually in a pandemic still and we have to be very cautious. With the numbers increasing we got to sit down with the Ministry of Health etc. also with the Minister of Sports (along with the COVID-19 Task Force) to see what’s the best way forward,” Harris said. “Once we get the go ahead, we look to start football immediately because I think that a lot of the clubs have been training, they’ve have been having friendly matches against each other and the footballers are eager to play some football along with the fans. I think we need to have fans back at our games because the fans bring the atmosphere so we want to have that solid atmosphere in football in St. Kitts and Nevis.” Mr. Harris was congratulated by outgoing president Anthony Johnson, who during the congress spoke of the accomplishments of the SKNFA under his tenure.