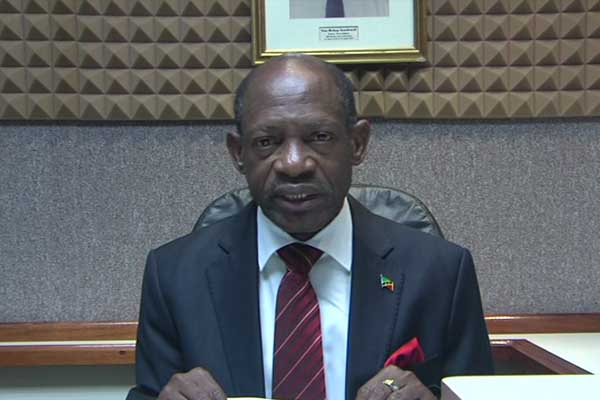 Basseterre, St.Kitts (CUOPM) – St. Kitts and Nevis’ Prime Minister the Rt. Hon. Dr. Denzil L. Douglas’ weekly radio programme “Ask the Prime Minister,” is being hailed as one of the Caribbean’s best model of government keeping connected with the people.

Using a quotation from Dr. Douglas’ weekly programme, along with excerpts from a post Cabinet Press Conference in Trinidad and Tobago and Jamaica’s Post Cabinet Briefing, the Barbados Nation in an editorial said that it was time for a return to serious business in Barbados following the annual Crop Over Festival.

“We understand clearly why the break was necessary since during this time not many Barbadians would have paid attention to what our politicians would have had to say. But it is time to return to serious national business and we hope that the criticism of the Government’s performance by our calypsonians would have prompted some of our policymakers to reassess their engagement of the electorate and the population generally,” the Nation said in its editorial, adding:

“We are now well into the second half of the year and it is clear from every possible vantage point that the economic pressure we face will hardly easy anytime soon.”

The Barbados Nation further noted: “that under the circumstances, it is vitally important, as we have been insisting all along, that it is in the best interest of the country – and the Government – to engage the people as we all strive to return to the level of stability to which our population had become accustomed since Independence.”

The Nation said the three excerpts were taken from regional media organisations and are published with only one purpose, “to demonstrate that there is nothing unusual about the call we are again making for the Government to have regular Press conferences.”

“We do not make this call because media houses want some special concession from the Government, but because we seek to use our fora to ensure that our people are fully aware of what those they elected are doing,” the Nation editorial said.

It added: “It cannot be reasonable that our Prime Minister and a number of his Cabinet colleagues have not held a single Press conference since their election a year and a half ago. It cannot be that after all this time, they have done nothing they believe the public would want to hear them speak on.”

“There is a major controversy over the Municipal Solid Waste Tax and no engagement by the Minister of the Environment. Our sugar industry was crippled before the sugar harvest that eventually came and went, and still no Press conference from the Minister of Agriculture. Barbados is under economic assault on many fronts and no Press conference from the Prime Minister. The state of our health services and in particular the Queen Elizabeth Hospital have many Barbadians scared and no engagement of the people via the news media by the Minister of Health. We could go on, but we believe the point has been made. We hope the passing of Kadooment Day will also signal the passing of this ill-advised approach,” said the Barbados Nation.

Below are the three excerpts taken by the Nation from the regional media:

“I believe the church will want to have its say upon this particular matter. I believe the various groups that are pursuing the human rights of people in a vigorous way in the fundamentals of what people can do or what people cannot do and also looking at what governments can do to lend support to the debate.” – St. Kitts & Nevis Prime Minister Dr Denzil Douglas in response to a caller during the weekly radio programme Ask The Prime Minister. (CMC)

• Introduced by PJ Patterson when he was prime minister, the post-Cabinet Press briefing was a useful means of communicating decisions of Cabinet and matters discussed at its meetings to the public mostly by the prime minister. Not all matters discussed were aired at the briefings. Some were of a confidential nature and it was not the right time to make these public. (Jamaica Observer)