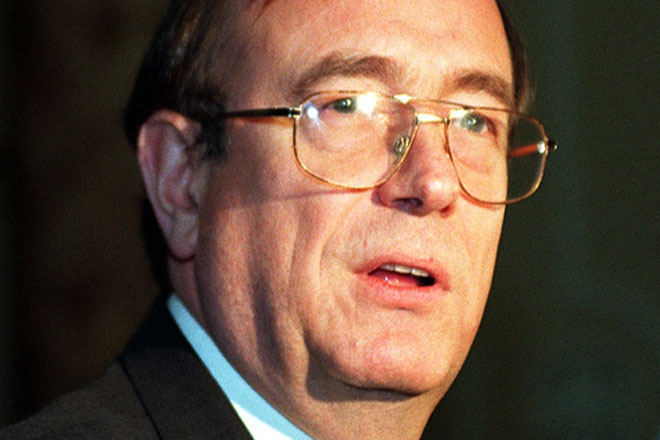 London, United Kingdom (AFP) — A deputy speaker of Britain’s House of Lords responsible for upholding standards was facing calls Monday to quit the chamber after he was filmed allegedly snorting drugs off a prostitute’s breasts.

Lord John Sewel resigned as deputy speaker of parliament’s upper house and chairman of its privileges and conduct committee — an £82,525 ($128,000, 115,600 euros) a year post — following a sting in The Sun newspaper on Sunday.

However, he remains under pressure to stand down from the chamber altogether.

The police are aware of The Sun’s footage showing him partying naked with two women and snorting a white powder, alleged to be cocaine.

The video showed the married 69-year-old father with a rolled-up five-pound note wedged in his left nostril, sniffing powder from a woman’s breasts and from a tabletop.

The former government minister is also seen relaxing in an orange bra and leather jacket belonging to one of the prostitutes in a picture published on Monday.

Lords Speaker Baroness Frances D’Souza said the “revelations about the behaviour of Lord Sewel” were “shocking and unacceptable”.

“These serious allegations will be referred to the House of Lords Commissioner for Standards and the Metropolitan Police for investigation as a matter of urgency,” she said.

If he is found to have breached the code of conduct, Sewel could become the first peer to be expelled from the Lords under rules he helped to introduce.

A police spokesman said: “We are aware of The Sun’s report. Any complaints we receive will be fully investigated.”

In the video, Sewel is heard discussing the allowance he gets as a peer and telling the two women: “It’s not (for) lunch, luvvie darling — it’s paying for this.”

He gave the women a £200 cheque each, dated Wednesday.

A former lecturer, Sewel was appointed to the House of Lords since 1996 and served as a junior minister in the Scotland office under the Labour government of prime minister Tony Blair.

In his committee chairman role, he wrote on the Huffington Post news website on July 16 that the Lords had just agreed stronger sanctions for misbehaviour.

“The actions of a few damage our reputation. Scandals make good headlines,” he wrote.

“The requirement that members must always act on their personal honour has been reinforced.”

He even wrote about “members caught in sting operations by journalists” being found guilty of breaking the code.

Labour lawmaker John Mann called for Sewel to retire from the Lords immediately to save himself “further embarrassment”.

“He chaired the committee that makes the decisions on discipline,” Mann said.

“He cannot possibly go in front of his own committee and expect a serious hearing… He is a disgrace. He should retire and resign immediately.”