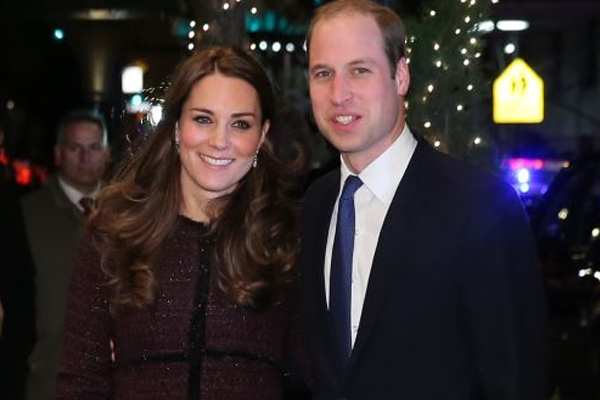 The Duke and Duchess of Cambridge’s motorcade pulled up outside the Carlyle Hotel on the Upper East Side around 5:45 pm, and the couple smiled broadly before heading into the building.

“The Duke and Duchess of Cambridge have arrived in NYC!” the British consulate in New York tweeted, along with a picture of the beaming pair.

Kate, who is due to give birth to the couple’s second baby in April, was wearing a purple maternity coat. Their first-born son George is not coming on the visit.

The royal couple’s trip will see William and Kate, both 32, mix diplomacy with supporting their favourite causes and promoting British business interests.

It is their first trip to the United States together since a brief visit to the Los Angeles region in 2011 shortly after their wedding. It also marks their second outside the Commonwealth family of nations.

William is scheduled to meet US President Barack Obama in the White House on Monday for talks about illegal wildlife trading, an issue close to the prince’s heart.

Second in line to the throne after his father Prince Charles, William is now doing more of the long-haul work for the British monarchy as Queen Elizabeth II approaches her nineties.

“It’s a significant trip which is trying to establish William further in a diplomatic, statesmanlike role,” Robert Jobson, author of “The New Royal Family,” told AFP.