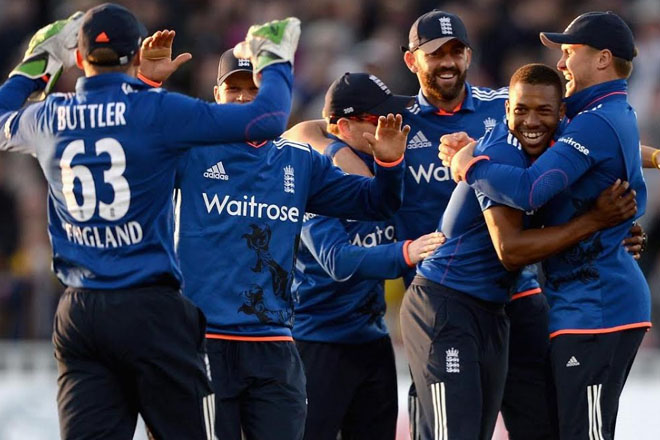 Sports Page — The proclamation of a new era in England’s one-day cricket has been a regular event for the last 20 years. The end results have usually been so underwhelming as to not get carried away by one performance, but never has a phase of rebuilding begun in such barnstorming style as they managed at Edgbaston. England secured their largest runs victory in an ODI as rampant hundreds from Jos Buttler and Joe Root led them beyond the new watermark of 400 for the first time in an ODI.

Buttler, who already held the record of England’s fastest ODI hundred with his 61-ball ton against Sri Lanka, at Lord’s, last year slotted himself in at No. 2 as well with a free-wheeling 66-ball effort. Barely an hour earlier, Root had stood at No. 3 on the list with an equally outstanding 71-ball hundred but by the end of the innings – which included a world-record seventh-wicket stand of 177 in 17 overs, between Buttler and Adil Rashid, and an England record 14 sixes – he had to be content with fourth.

The final total of 408 – surpassing their previous best of 391 made against Bangladesh at Trent Bridge in 2005 – was the 16th total over 400 in ODIs. Five of those have come since the start of 2015, encompassing the World Cup, highlighting, if any further evidence was required, just how far behind the pack England’s one-day game had become. The mark was passed when Liam Plunkett cleared the ropes in the final over.

New Zealand were only ever going to attempt the chase in one way: at the end of the first over they had 11 runs on the board but Steven Finn had won a personal battle with Brendon McCullum when the New Zealand captain charged and missed, evening the scales somewhat after the onslaught he inflicted in Wellington. Finn bagged 4 for 35 and Rashid capped England’s day by following his maiden half-century with 4 for 55.