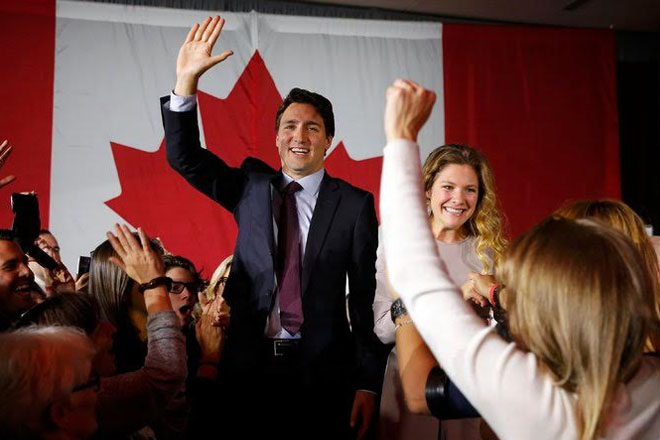 (BBC) – Supporters of Canada’s centrist Liberal Party are to hold a huge rally after a decisive election win that ends almost a decade of Conservative rule.

Party leader Justin Trudeau, who will become prime minister, is due to address a jubilant crowd in Ottawa.

The Liberals began the campaign in third place but in a stunning turnaround now command a majority.

Incumbent Conservative PM Stephen Harper – in power since 2006 – has congratulated his rival after Monday’s election.

“We beat fear with hope, we beat cynicism with hard work. Most of all we defeated the idea that Canadians should be satisfied with less.

“This is what positive politics can do,” he said, also praising Mr. Harper for his service to the country.

During the 11-week election campaign, the Liberal Party said it would: