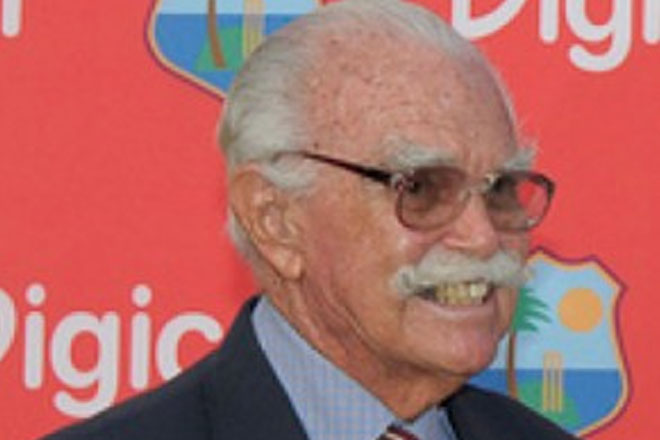 Bridgetown, Barbados — Overcast skies provided the backdrop as friends and family said their farewells to one of the most prominent names in Barbados’ cricketing history.

With representation from both the military and cricketing fraternities in Barbados, the life of Captain Peter Short was celebrated at the St. George Parish Church before he moved onto his final resting place.

Many of the island’s cricketing greats such as Desmond Haynes, Cammie Smith, Charlie Griffith, Sir Wes Hall and National Hero the Right Excellent Sir Garfield Sobers, with whom Short would have rubbed shoulders in his day, were in attendance.

Short, who was born in Trinidad and Tobago in 1926 before making the move to Barbados because of the second World War, joined the army in 1945.

After attaining the rank of Captain, he returned to Barbados to take up several posts in what are now established businesses as well as to become the commentator for all First Class cricket games played at Kensington Oval between 1957 and 1979.

Short’s cricketing career was not restricted to a desk or the commentary box as he proved to be a valuable opening batsman and captained Wanderers Cricket Club to first division victory for three consecutive years.

During yesterday’s ceremony he was paid tribute by his daughter Susan Barton and grandson Brett Short, and the pair painted the picture of a military man who stepped away from the rigidity of the armed forces to allow the virtues of kindness, diplomacy and teamwork to reign in his many leadership roles.

Wearing many hats and receiving many accolades for his achievements over the years, the highest of which include an honour with the Officer of the Most Excellent Order of the British Empire (OBE) for services to the Barbados Legion and having his name on the Coppin, Cozier and Short Media Centre at Kensington Oval, the man with the famous handlebar moustache lived a full and wonderful life that touched many.