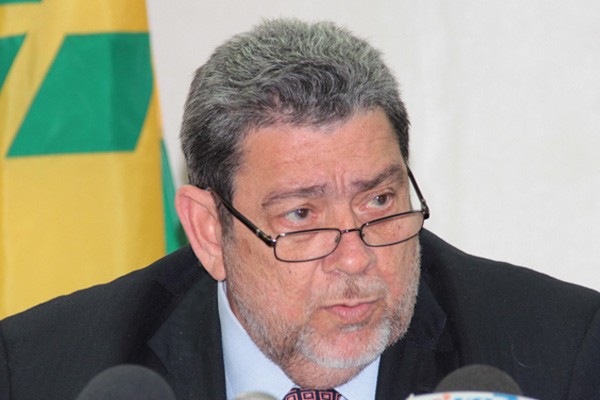 CARICOM chairman says there are no human rights issues at stake in St. Kitts and Nevis, Accuses Kittitian MP Harris of aligning himself with losers in St. Vincent

Basseterre, St. Kitts (CUOPM) – Chairman of the Caribbean Community (CARICOM), the Right Hon. Dr. Ralph Gonsalves says there are no human rights issues at stake in St. Kitts and Nevis.

“There is no break-down of law and order and the internal mechanisms of the state – the democratic institutions (to deal with the issue of the Motion of No Confidence) are at work, including the Office of the Governor General, the Office of the Speaker and the Law Courts. Those are the unvarnished facts,” said Dr. Gonsalves.

“If the Leader of Team Unity, my friend Timothy Harris and I am speaking here now, because I have been his friend. He came to St. Vincent and he didn’t ask whether he can speak to the Chairman of CARICOM, he chose to go and speak to the Leader of the Opposition of party which had lost the last three general elections.

So if you are not yet ready for ‘test cricket’ then why do you want me to catapult you into a test cricket match position?,” asked Prime Minister Gonsalves.

The Opposition parliamentarians have abandoned their legislative duties and only briefly attend the third consecutive sitting of the lawmaking body to secure their Federal salaries and avoid their seats being declared vacant.

The opposition took the matter to the High Court and a Judge has ruled that the original motion filed by the opposition legislators would be allowed to continue against the Speaker, the Hon. Curtis Martin.

The other defendants, including Prime Minister the Right Hon. Dr. Denzil L. Douglas and members of his Cabinet, have been removed as parties to the originating motion. The Court ruled that there was no evidence that Dr. Douglas or his ministers had prevented the Speaker from having the motion tabled.

Last week, Prime Minister Douglas said his administration would await the outcome of the court ruling on the Motion of No Confidence.

He said the substantive matter of the motion of no confidence was still sub-judice.