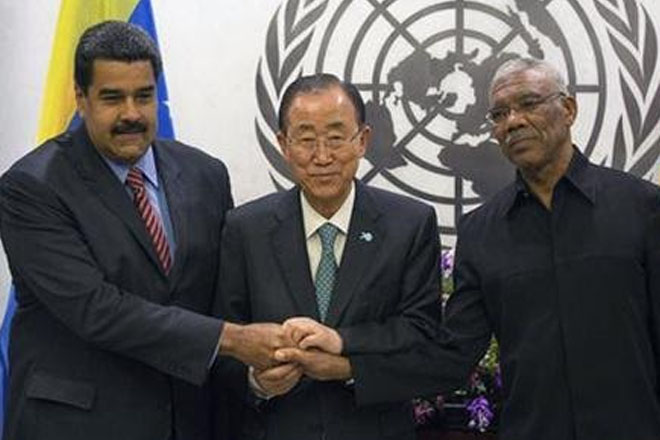 New York, USA — Caribbean Community (CARICOM) foreign ministers have welcomed Venezuela’s decision to receive a United Nations technical team that will provide recommendations to the UN secretary general on the way forward to a full and final solution to the Guyana-Venezuela territorial controversy.

The Council for Foreign Ministers of the Caribbean Community (COFCOR) met in the margins of this week’s 70th session of The United Nations General Assembly in New York, and was briefed by Guyana’s vice-president and minister of foreign affairs Carl Greenidge on the recent developments with respect to the territorial controversy with Venezuela.

The ministers noted that the decision by Caracas to receive the UN team in the shortest possible time will hasten the efforts aimed at bringing that controversy to an early end.

The ministers noted Guyana’s call for a juridical solution to the controversy, given the divergence of views between the two sides about the validity and nullity of the Arbitral award of 3rd October 1899. They underscored the need for the Caribbean region to be maintained as a zone of peace.