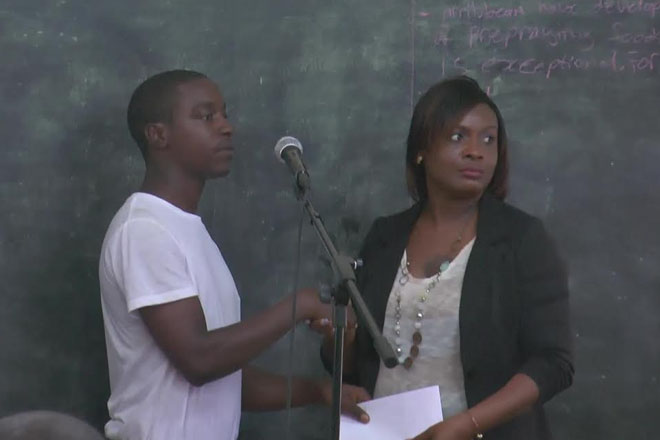 (ZIZ News) — On Tuesday the National Carnival Committee showed appreciation to inmates at Her Majesty’s Prison for their contribution to the success of Sugar Mas 44.

Chairman of the committee Noah Mills said the prisoners played a major role in making the venue for Sugar Mas 44 a reality.

He also noted that the prisoners helped with other events organized by the Carnival Committee including those held at 17 Degrees.

He thanked the prisoners for their contribution to Sugar Mas 44 and said he looks forward to working with them again this year.

He said, “We are here because of a special appreciation event that the carnival committee alongside the ministry of culture and the minister himself to demonstrate that partnership is important. This is just the carnival’s way of saying thank you very much we appreciate it and as we move into Sugar Mas 45 if by chance you are on the inside we will be coming back again. If you are on teh outside we gladly welcome you to be a part of the committee and as a part of carnival as we unveil Sugar Mas 45.”

Former Permanent Secretary in the Ministry of Culture Christopher Herbert said the presentation at Her Majesty’s Prison shows an awareness of the contribution the prisoners made to carnival.

“Your efforts, your spirit, your exuberance even, you have demonstrated that even though you are inmates, you are contributing very positively to the development and to the enhancement, to the promotion of your Federation,” he stated.