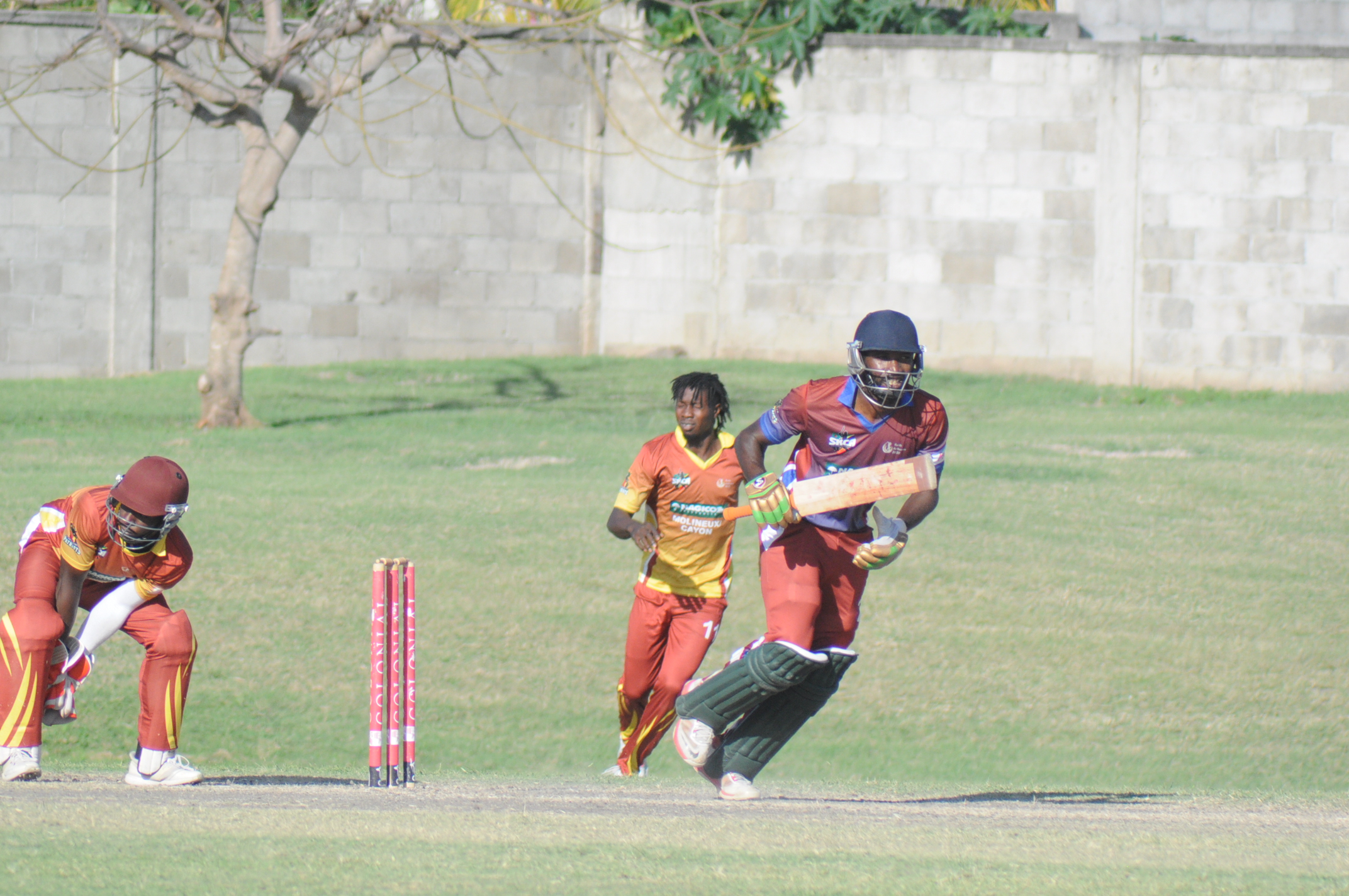 A century from Jaeel Clarke on Sunday, powered defending champions Molineaux/Cayon to a narrow six run victory over Newton to remain perfect in the Keeth Arthurton T20.

Clarke who came to the crease with his team in trouble in the first over losing their first wicket with one on the board.

He survived a cagey start before he blossomed in the middle overs and displayed his hitting prowess later part of the innings when he powered his personal and team total after a slow start.

Clarke was eventually bowled for 101 as he looked to power on his team total later on.

Molineaux/Cayon eventually posted 179-5 from their 20 overs.

Newtown enjoyed a positive start at their time at the crease and reaching 47-1 off the power play overs.

Colin Saddler and Elsroy Powell looked determined to take the game away from Molineaux/Cayon. After Saddler was removed for 39 the tide seemed to be swinging towards Molineaux/Cayon until Powell opened up his shoulders and hit Newtown back in contention.

However, they continued to lose wickets on the other end making the scenario tougher.

Newtown needing 29 off the last two overs, brought that equation down to 14 from the final over with Powell at the non-striker’s end. Needing 8 from 3, Powell finally got back on strike but could not find a boundary, his team falling short by six runs.

In response Uprising Stars got to 119 for 5 from their 20 overs. Tariq Newman top scored with 30.

Young Gunz played their second game of the weekend and recorded another convincing victory this time over Lions.

Lions were dismissed for 92 with no batsmen getting to 20. Sherman White and Ronald Murray both got two wickets for Young Gunz.

Patel and Bernard Island got the Young Gunz off to a flyer to set up an easy five wicket win.