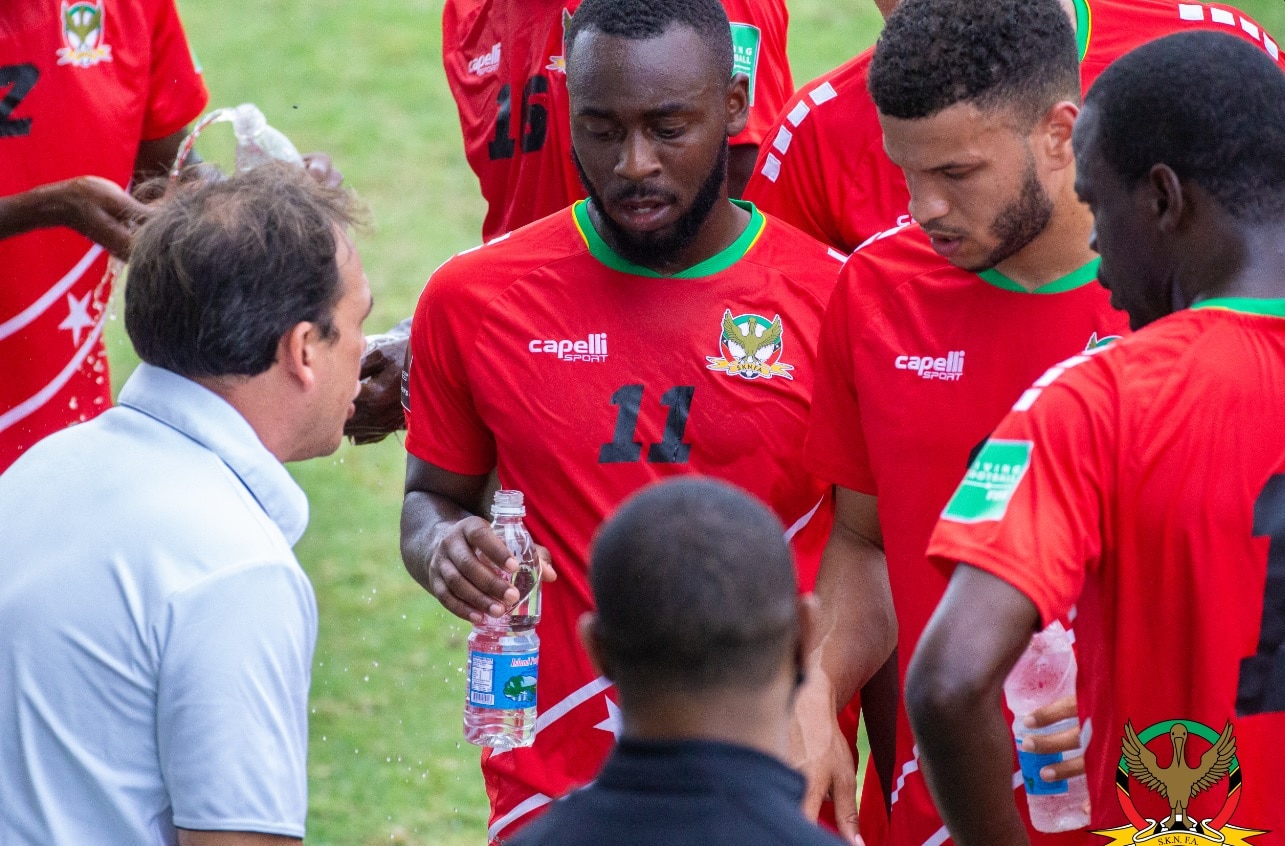 “Very rewarding” was how Coach of the St. Kitts and Nevis Senior Men’s National Team Leo Neiva described the World Cup Qualifying Campaign of the Sugar Boys which ended last week Tuesday. “The goal has always been to leave a legacy here. We took over the National Team in 27th in the ranking of Concacaf, and ended the competition with the selection in 11th. Very rewarding,” said Coach Neiva after the match.

He pointed to the positives of the campaign, which included St. Kitts and Nevis being the first in Concacaf to qualify among 30 nations for the second round of qualifiers.  “I’m very happy for what we have achieved in these qualifiers. We were the first of 30 National Teams to qualify top of Group F which included Trinidad and Tobago.”

He pointed to the fact that seven players from the U 20 and U 23 set up debut in the national team and all 23 players in the squad competed in the qualifiers. Only four of the overseas based players he said played in the match against El Salvador; most of the players were local based.

St. Kitts and Nevis lost to El Salvador in a home and away series: 4-0 at home and 2-0 away. Coach Neiva regretted the big loss in the home match two Saturdays ago. He was not satisfied with the way the team played at home, noting it was difficult to come back from that defeat.

“On the second game away we played with full focus and concentration on football. Players gave everything on the field. Also, I am satisfied because they adapted well when we changed the tactical system breaking the back line of four to three players,” he said.

St. Kitts and Nevis would have won three of the four matches in the previous round, before moving on to play El Salvador. With those three victories, the Sugar Boys did not concede a goal, until they played Trinidad and Tobago, without some of their usual starters. In last week’s other World Cup qualifiers, Curacao drew 0-0 with Panama having lost the previous leg 2-1 and Canada drubbed Haiti 3-0 having defeated them 1-0 in the first leg. That means Canada, Panama and El Salvador have all progressed to the final round of Concacaf World Cup qualifying joining the USA, Mexico, Jamaica, Honduras and Costa Rica, that had already qualified for that stage.