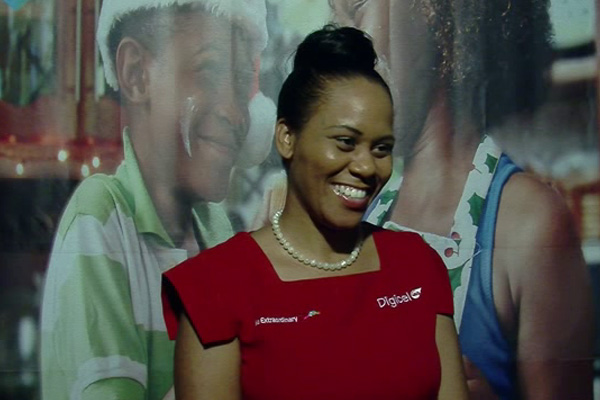 (ZIZ News) — Digicel fans are in for another treat this Christmas season.

The telecommunications company on Thursday launched its 2014 Christmas promotion which will see five lucky winners of one thousand dollars or more each week.

In an interview with ZIZ News, Digicel’s Marketing Manager Marsha Chatterjee said every week there will be one winner of ec$10,000.

She explained the four ways customers can qualify for the promotion.

“If you’re a prepaid customer, you top up your Digicel phone with $25 or more and you automatically qualify for the following day’s draw. If you’re a post paid customer, you zero your bill. Simply pay your bill in full and you will be qualified all season long to win either $1,000 or $10,000. For all customers, you can purchase a new smart phone or activate a 4G data plan if you already have a Digicel smart phone…so four easy ways.”

According to Chatterjee, there will be eight grand prize winners at the end of the promotion on December 24th.

The weekly Digicel winners will be announced nightly during ZIZ Television’s nightly news.