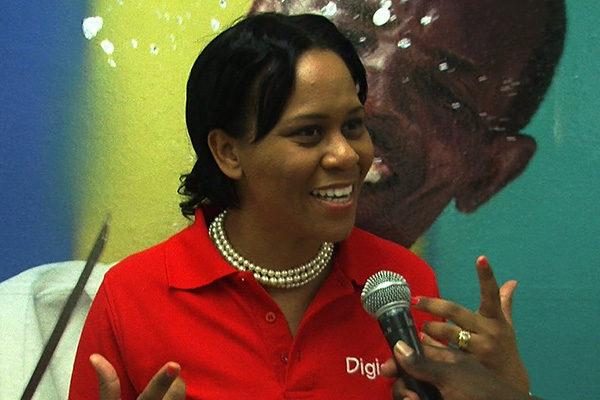 ZIZ News — Telecommunications Company, Digicel, is on a mission to bring out the happiness in Kittitians and Nevisians.

“We did not realize how much happiness is in St Kitts and Nevis. The truth is that during the Carnival and Christmas time, everyone is really, really happy and there is so much to celebrate about. But in the new year we’ve realized that customers; the reality sets in that perhaps the money isn’t flowing as much and there are other expenses to meet on a day to day basis but we’ve set out to prove that we are still truly blessed and we are happy people.”

During the month of March, Digicel is also hosting a social media campaign aimed at recognizing extraordinary individuals in society.

“Where we would have customers or fans nominate who they think is extraordinary. It could be just about anybody who has done something for somebody in the past or who has a disability; whoever you think that person is that deserves to smile Digicel, each Friday during the month of march, we will be surprising that person with a fantastic gift of a dl700 Smartphone and other goodies.”