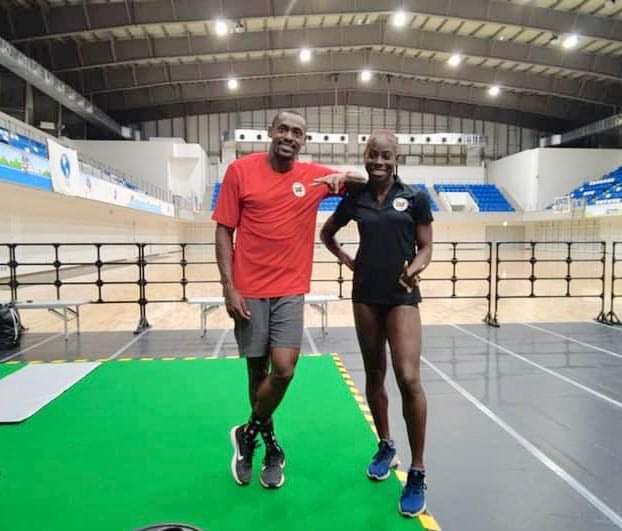 Basseterre, St. Kitts, August 06, 2021 (SKNIS): Deputy Prime Minister Shawn Richards commended two athletes from the Federation of St. Kitts and Nevis for their outstanding representation at the 2020 Olympic Games being held in Tokyo, Japan, from July 23 to August 08, 2021.

“I take the opportunity to congratulate and commend two young persons from the Federation of St. Kitts and Nevis, Amya Clarke, and Jason Rogers. Both individuals, Mr. Speaker, did an excellent job in the respective races that they competed in,” said Deputy Prime Minister Richards, during the August 05 sitting of the Federal Parliament. “We are indeed proud of them Mr. Speaker, proud of the fact that we were able to have two young persons represent us on the world stage and compete among the best on the world stage.

Ms. Clarke hails from the village of Christ Church and currently attends the University of Akron, while Mr. Rogers is from Sandy Point. He specializes in the 100-meter sprint.

“The fact is regardless of where in the Federation they are from they would have done an excellent job in promoting and representing the Federation of St. Kitts and Nevis,” said Deputy Prime Minister Richards.