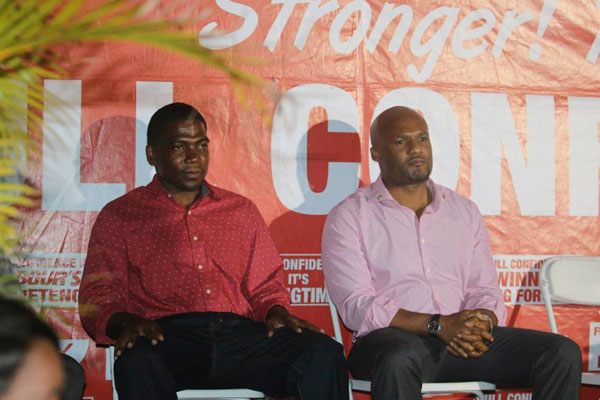 The Dr. Drew’s latest endorsement came from the Minister of Education in Antigua and Barbuda, Hon. Michael Browne who attended the official opening of the Constituency Office in St. Peter’s on Saturday.

Minister Browne’s presence at the ceremony was a show of solidarity between the Antigua/Barbuda Labour Party and the St. Kitts/Nevis Labour Party.

Minister Browne said he was endorsing Dr. Drew fully because the Labour Party candidate fully understands the needs of the people.

In May this year, Dr. Drew attended the Antigua and Barbuda Labour Party’s Annual Convention where he expressed the SKNLP’s full support of its sister party.