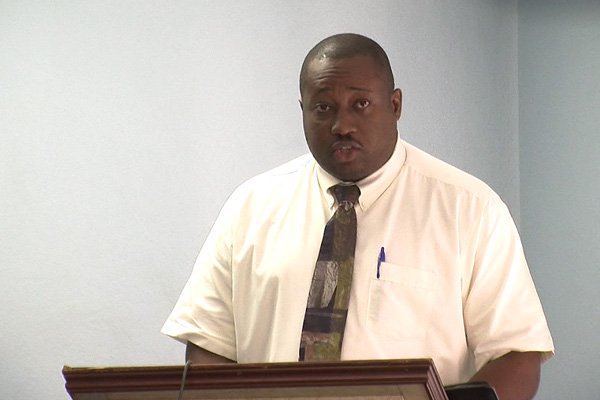 Everyone Urged to Invest in Education

(ZIZ News)– The local commercial giant, TDC, is encouraging other businesses and institutions to invest in the Federation’s youth and education.

The call was made by Dale Phipps, as he delivered the feature address at the TDC Warren C. Tyson Memorial Scholarship presentation ceremony over the weekend.

Phipps, a past recipient of the Warren Tyson Scholarship, spoke of how TDC’s investment helped to shape his future.

“Because of the dedication of advancing my education, I am now able to provide invaluable services to many within our society,” he said adding “There are other establishments, like Social Security and LIME who share similar visions and so must be praised for their philanthropic efforts as well. However, because of the financing of my education, TDC afforded me the opportunity to use what I have gained through their investment to become a productive entity of this federation.”

“Parents, you are to get involved in or engage yourselves emotionally in the educational pursuit of those in your charge. Parents, you should take keen interest in what is happening with your child’s education as opposed to some of the other areas on which some of you tend to place emphasis,” he said.

Phipps also urged students to commit themselves fully to their educational advancement.

“You must be a willing worker and exert much, much effort in doing your school work. Students, you have to be persistent in practice and keep the goal of success in your minds at all times,” he said.

On Saturday, eight students who entered secondary school at the start of the 2014/15 academic year, received financial assistance from TDC as part of the Warren C. Tyson Memorial Scholarship Programme.