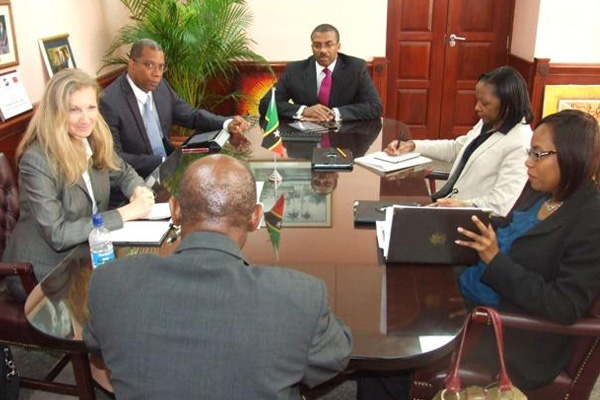 The discussions come as the IMF conducts the Ninth and Final Review of the locally-grown Stand By Arrangement (SBA) which comes to an end in July.

Prime Minister Douglas said the twin-island Federation will continue on the path of prudent fiscal management.

“We continue to perform as we’re performing under the advice of the IMF. The whole idea is that the period of adjustment and a new economic programme is what will set the stage for our future development,” Dr. Douglas said in an interview with WINN FM on Sunday, following his Labour Party’s Annual Conference.

The Prime Minister said that St. Kitts and Nevis has not used all of the funds made available to it, under the arrangement.

“We’ve already asked the IMF before the end of the programme, that we have not really been using some of the money that you have advanced, so you should really begin to take it back, and we’re in discussion on that that right now.”

St. Kitts and Nevis entered into a three year US$84 million dollar standby arrangement with the IMF in 2011, at a time when the country’s debt to CDP ratio stood at over 200 percent. It is estimated today to be in the region of 100 percent.

Over the past three years St. Kitts and Nevis has met the fiscal targets that it set for itself, which were approved by the International Monetary Fund.

The IMF concluded its ninth and final review of the arrangement last week.

While the official statement has not yet been released, IMF Country Representative for St Kitts and Nevis Judith Gold, has reportedly indicated that the fiscal situation in St. Kitts and Nevis is much improved because of the prudent fiscal management on both islands, and because of substantial revenues coming from the Citizenship by Investment Programme and the Sugar Industry Diversification Foundation.

Referring to capital expenditure, Ms Gold suggested that this was improving more in St Kitts than in Nevis, but called it a work in progress.