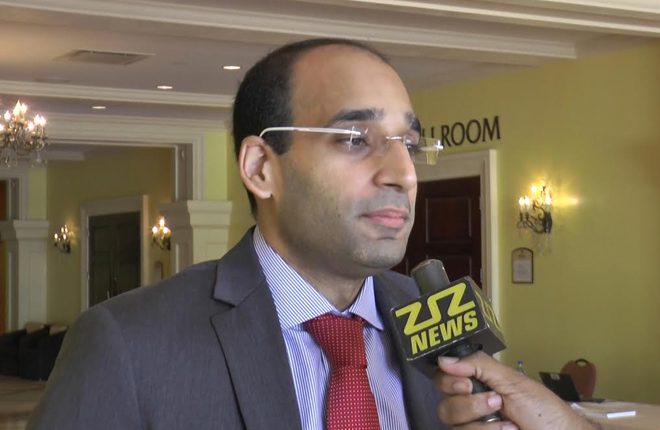 (ZIZ News) — workshop on financial access for small and medium businesses wrapped up on Tuesday with plans to draft laws that would help these enterprises grow.

The sessions were hosted by the Eastern Caribbean Central Bank and the World Bank.

Nadeem Karmali, a financial economist for the World Bank spoke to ZIZ News about two pieces of legislation that they intend to come out of these meetings.

“The legislations establish, on the one hand, the Eastern Caribbean Partial Credit Guarantee Corporation (ECPGC); and that will help financial institutions reduce the risk of lending to this sector,” he said.

“There’s a second legislation,” he added “for the creation of a Credit Bureau or a Credit Reporting Bill to ease information of intermediation of finance.”

He said before bringing together financial and government officials the World Bank met with business owners to find out what exactly they needed.

“We conducted a survey of small businesses to find out what services they are looking for, in particular. We’re partnering with other organizations throughout the OECS who are helping both financial institutions and SMEs because, as you know, access to finance is a two-sided coin,” he said.

Out of those discussions, access to finance was identified as a priority and the legislation being planned aims to make it easier for entrepreneurs to acquire funds.

Karmali said they expect to see some movement on the Eastern Caribbean Partial Credit Guarantee Corporation by mid 2017.

The overall goal is to make it easier for the development of local businesses, which would create jobs and reduce poverty throughout the region.