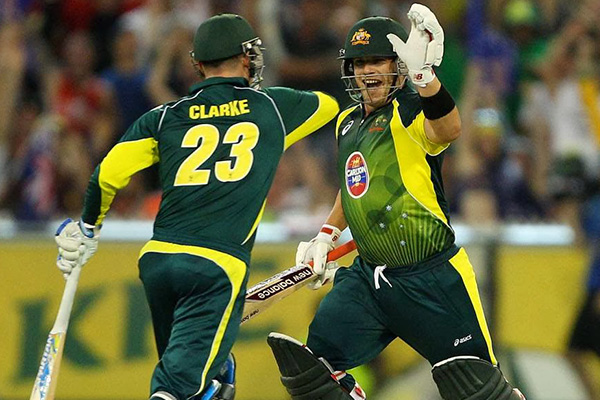 Aaron Finch is becoming Australia’s post-Ashes specialist. Four days after the end of the Ashes in England, the teams reconvened in Southampton for the first of the short-form matches and Finch broke the all-time record for the highest Twenty20 international score with 156. This time, one week after Australia completed their 5-0 Ashes clean sweep, Finch became the first Victorian to score an ODI hundred at the MCG as Australia cruised to a six-wicket win with 26 balls to spare.

If England hoped that a change of fortunes would accompany their change of format and clothing, they were mistaken.

Things looked okay for a while. Alastair Cook won the toss and chose to bat, Gary Ballance and Eoin Morgan scored half-centuries to set up a competitive total of 7 for 269. But as the lights came on after the change of innings, it became apparent nobody was at home for England. A straightforward chance went down with Finch on 8 and nothing went England’s way from then on.

Finch and his opening partner David Warner put on 163 for the first wicket, a record opening stand for Australia in one-day internationals against England. But they rode their luck to get there; seven times they were fortunate to survive missed catches, run-outs or tight umpiring decisions. By the time their stand was finally broken by Joe Root, England’s only spinner as they had left out James Tredwell, the result was more or less a formality.