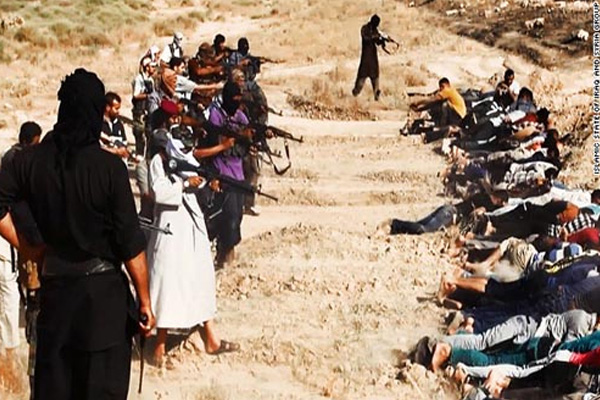 Five Canadians killed in Syria fighting with IS

The National Post said Ottawa-born John Maguire, who joined IS jihadists in Syria in January 2013, died Wednesday in the flashpoint town Kobane.

In a video message last year, the former University of Ottawa student warned Canada it faces retaliation for participating in US-led airstrikes against IS.

Calling himself Abu Anwar al-Canadi, Maguire urged Muslims to follow the example of a driver in a hit-and-run killing of a soldier near Montreal and of a gunman who killed an unarmed soldier in Ottawa.

Meanwhile, broadcaster CBC said that four other Canadians from a single family of Somali origin died in recent months while fighting with the Islamic State group in Syria.

Three of the cousins are thought to have left Canada in October 2013, the CBC reported.

The CBC said another cousin from Minnesota, Hanad Abdullahi Mohallim, was also killed.

Hirsi said his son had called him from Egypt to say he was traveling to Syria.

Hamsa and Hersi’s brother confirmed the two men had died, but did not say how or where. He denied they had traveled to Syria and said instead they went to Egypt to study Islam.

“That is the path my brothers wanted to take from day one,” he told CBC.

“These people left their country to go study their religion.”

Canada has joined the US-led campaign against the Islamic State group, which has taken over large swathes of territory in Iraq and Syria.