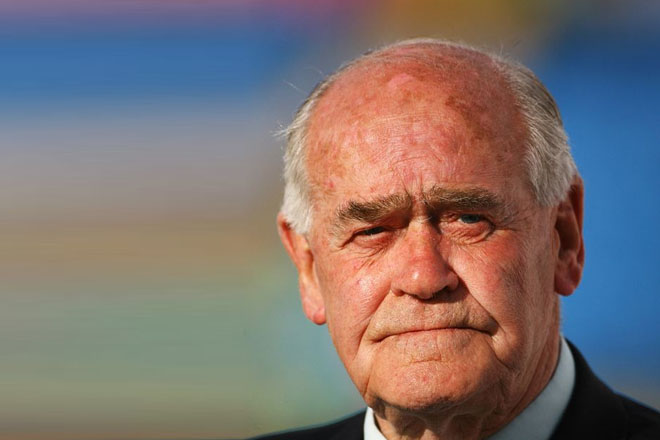 Sports Page — Brian Close, the former captain of England, Yorkshire and Somerset and one of cricket’s most admired characters, has died at the age of 84. He passed away at his home near Bradford on Sunday, Yorkshire said.

Allrounder Close, known for his courage and tenacity at the crease and on the field, first played for England in 1949 at the age of 18 years and 149 days – making him still England’s youngest debutant. Such was his reputation for bravery that he was famously recalled as a 45-year-old to face down West Indies’ fearsome attack in 1976.

Close also relished fielding in close, particularly at forward short-leg, and was not worried about being hit. “How can the ball hurt you? It’s only on you for a second,” he said.

His England career encompassed 22 Tests, seven as captain. He also led Yorkshire to four Championship titles, including their hat-trick of victories from 1966-68.

A falling out with Yorkshire led to his sacking and he saw out the remainder of his playing career with Somerset, where he was a strong influence on the young Ian Botham – he called Close “the bravest man I ever played with” – and along with the likes of Viv Richards and Joel Garner helped lift the club’s fortunes.

His links with Yorkshire remained strong, however, and he served as the club’s president between 2008 and 2010. He was a life member and even in his 80s could be spotted in the stands – usually chatting to Dickie Bird and Geoffrey Boycott – when England played at Headingley.

Bird, speaking at the Ageas Bowl where Yorkshire were taking on Hampshire in the Championship, said that Close had been unwell but his death had come as a shock. Yorkshire’s players took the field wearing black armbands.

“Michael Holding and Andy Roberts peppered him with short-pitched bowling,” Bird said. “If I’d have been there as an umpire, I’d have stepped in and stopped it straightaway. But Closey was chesting them away, they tell me. He was a tough guy.

“He led from the front, and I thought he was a magnificent captain. We have lost a true legend of the game.”

Close scored almost 35,000 runs in his first-class career, with 52 hundreds, as well as taking 1171 wickets bowling medium pace and off spin. He held more than 800 catches, making him one of the most prolific outfielders in history