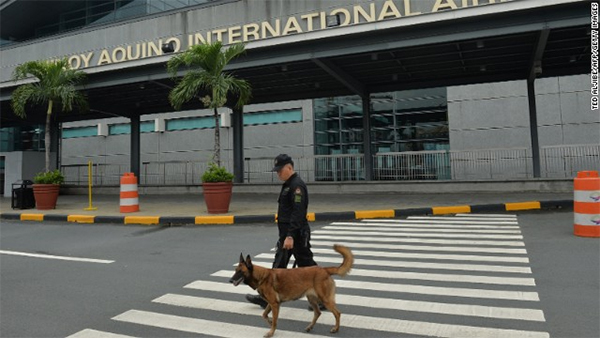 (CNN) — Four men have been arrested after allegedly trying to detonate a bomb at Manila’s international airport Monday, state-run media in the Philippines report.

The explosives were in a white truck parked outside one of the terminals at Ninoy Aquino International Airport on Monday, the Philippines News Agency said.

Counter-terrorism agents from the National Bureau of Investigation caught the suspects before dawn after a tip, the agency said. The men were allegedly assembling the explosives inside the truck when they were arrested.

Airport authorities had placed the complex on full alert, the news agency reported.

The names of the suspects have not yet been released, and investigators are trying to establish which group was behind the alleged plot. Their investigation is continuing.

Rebel groups in the Philippines have been fighting to establish an independent Muslim homeland in the south of the predominantly Christian country.