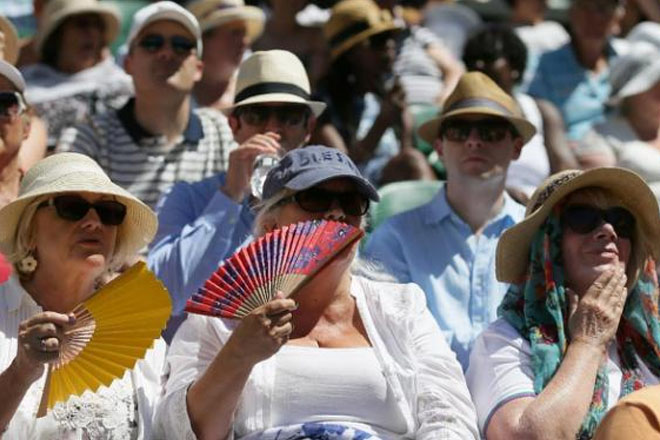 Lisbon, Portugal (AP) — A mass of hot air moving north from Africa is bringing unusually hot weather to Western Europe, with France the next in line for a scorching day.

Paris introduced special heat wave measures. They included opening air-conditioned rooms to the public and phoning people who might be especially vulnerable to the heat, primarily the elderly and those who can’t leave their homes for medical reasons.

Authorities warned that temperatures could surpass those of 2003, when thousands of people died — many of them retirees who had been left alone while younger relatives vacationed. The government at the time was criticized for failing to respond quickly or decisively enough and has since been extremely quick to react when temperatures start to rise.

After France, the United Kingdom will feel the northern edge of the hot air mass on Wednesday, when temperatures above 30 C (86 F) are expected in London. Both France and the U.K. issued heat alerts.

Nicola Maxey of Britain’s Met Office said the heat will begin to taper off from Thursday.

British meteorologists say temperatures could reach 32 C (90 F) in southern England on Tuesday. On the second day of the Wimbledon tennis tournament, some spectators fanned themselves and used umbrellas for shade from the scorching sun.

Spain and Portugal issued weather alerts Monday, advising residents to take extra care, as the heat plume passed through the Iberian Peninsula. Temperatures were still forecast to be close to 40 C (104 F) in some areas of Spain on Tuesday, though it was cooler in Portugal.