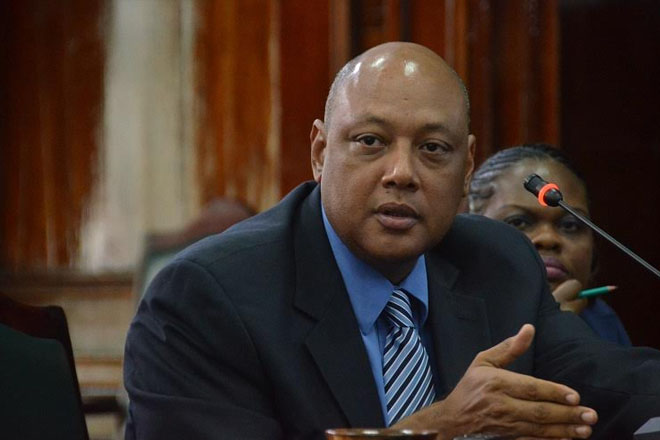 Georgetown, Guyana — Dismissing media reports of 100 per cent salary hikes for top government officials as “amusing and ludicrous”, Minister of Governance Raphael Trotman has sought to clear the air on the issue, saying not only ministers would be getting bigger pay packs.

He told journalists at a post-Cabinet media briefing yesterday that the David Granger administration was looking at “across the board” salary increases, which would benefit all public servants and include members of the country’s security forces.

Denying claims that government would significantly increase the salaries of ministers, presidential advisors, government officials, and all parliamentarians immediately, Trotman said no decision had been made on either the quantity of the increases, or when they would take effect.

He said government was approaching the matter in a patient and professional manner.

Explaining the rationale behind the increases, Trotman said that apart from honouring its promises, government had to distinguish, via salary scales, between the various categories of government officers, including ministers and junior minsters, vice presidents and presidential advisors.

“None of these were catered for over the last 20 years and so, as a matter of law, there will have to be adjustments,” he said.

Earlier in the week, Prime Minister Moses Nagamootoo confirmed the planned increases, saying ministers needed “respectable salaries” to reduce the risk of them getting involved in corruption.

“They need to be paid respectable salaries, same as the police ranks and other persons, so as to avoid the temptation of stealing, accepting bribes and indulging in corrupt practices,” he said.

The opposition People’s Progressive Party (PPP) has criticized the administration for plans to increase the salaries of ministers and other top officials.