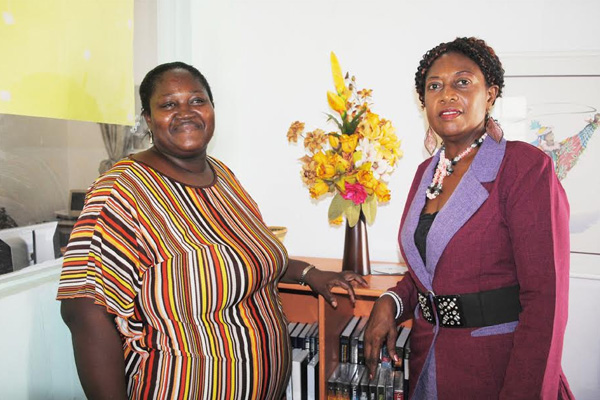 Basseterre, St. Kitts — From where teen pregnancy derailed Michelle Henry’s ambition to soar high on the educational front, the People Employment Programme (PEP) has put her back on track and she is now aiming for a bachelor’s degree.

The unstoppable Ms Michelle Henry did not give up like many in similar situations would have done in the past. She pursued further education as an adult learner at the Clarence Fitzroy Bryant College (CFBC) evening classes and attained two subjects, English and Maths, at the CXC level.

She got a break when Prime Minister the Rt Hon Dr Denzil Douglas launched the People Employment Programme (PEP). She applied, and was accepted, to study Office Administration under veteran tutor, Ms Averil Archibald, with the aim of attaining the regionally accepted Caribbean Vocational Qualification (CVQ).

Running parallel with the CVQ training, she along with another six members of her class decided to enrol to sit four CXC subjects which they started under Ms Averil Archibald, but later moved to the Advanced Vocational Training Centre (AVEC) under Ms Neryl Golding and Mr Deon French.

“They were doing four subjects – English, Office Administration, Principles of Accounts, and Electronic Document Preparation and Management (EDPM),” observed Ms Archibald. “They were actually doing two sets of training at the same time, which is commendable that they were able to get some passes.

“During the day they would be in college doing CVQs, and then they would go to AVEC from 4:00 pm to until 6:00 or even 7:00 pm. They are doing Level I of Office Administration at the Caribbean Vocational Qualification (CVQ). The seven opted to do CXC subjects, because employers will always want to know the number of CXC passes one has.”

The others who joined AVEC were Ms Arlene Rawlins, Ms Sandra Lanns, Ms Kaleema Mills, Ms Jaheda Prentice, Ms Kesha Henry, and Ms Natalie Clarke. Ms Michelle Henry did three subjects as she already had two subjects at the CXC. Her results were impressive as she had a distinction in Office Administration, grade II in Accounts, and grade III in EDPM.

“I did the CXC subjects because I am trying to get my degree,” said Michelle, when asked why she undertook to do two sets of training. “I believe I will get it. I had English and Maths before. So I now have five CXC subjects and one of them is a distinction.

“I went to as far as high school in fourth form, I got pregnant. I am getting a second chance and PEP is giving me that second chance. Right now I have signed for two other subjects. I am doing Economics, and Principles of Business also at CXC level.”

There is no stopping the 40-year-old Michelle, who is now the mother of four children. She says that when she earns her PEP-sponsored CVQ certification, she will try to get a job in office administration while she pursues further education outside and get a degree to add to what she has and eventually go on to earn a Masters. She hopes to join the UWI Open Campus so that she does not have to leave home.

“PEP is helping me greatly,” said Ms Michelle Henry. “Most of my thanks would go to Mrs Christopher (PEP Training Coordinator) for encouraging, and pushing. She pushed me a lot – she helped me a lot.

“Then I won’t forget Ms (Averil) Archibald (PEP Facilitator in Office Administration), who is encouraging as well. She is like the one who pushed us to do the CXC subjects. I would also like to thank the teachers at AVEC, Ms Neryl Golding and Mr Deon French.”

According to People Employment Programme’s Training Coordinator, Mrs Celia Christopher, the whole idea behind the programme was to move people from the level where they are to a more advanced level, in terms of their standard of living, and employment.

“As the coordinator I have always instilled in the trainees that there are only two things that will take them from that level they are in to the level where they can live comfortably, and that is education and skills training,” explained Mrs Christopher.

“When we got word of the CXC we asked if there were people who were interested in doing CXC and the response was great. Those people who had gone unto the CXC they have been successful, and PEP will continue to work with those other persons who are trying to advance themselves.”

She observed that some PEP participants have expressed the desire to move on to college and commented that Ms Averil Archibald has the reputation of getting very good results at CXC, and said that the management of PEP had made a significant contribution to the personal development of those trainees who have been successful.

“Once they have gotten those five subjects they do not rest on their laurels, because that is only the entry point,” advised Mrs Christopher. “They need to get more so that they could keep advancing themselves from one level to the next, and that is what PEP is all about – changing the lives of people, taking them from point A to point B.”