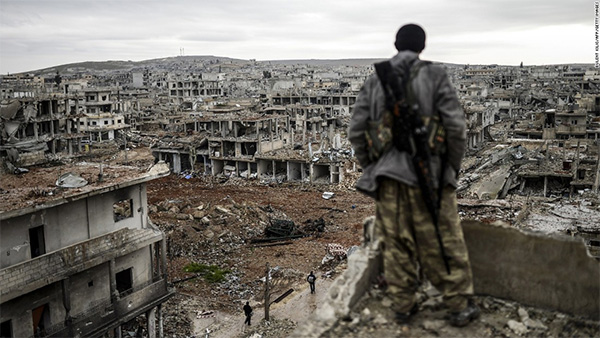 (CNN)– Iraqi forces are doubling down efforts to retake the city of Tikrit from ISIS, even uniting Sunni and Shiite fighters in the mission.

The Iraqi army, along with Sunni and Shiite militiamen, attacked ISIS strongholds in the area Monday, the state-run Iraqiya TV reported.

Tikrit fell to ISIS in June of 2014, after the group’s capture of Iraq’s second-largest city, Mosul. Tikrit is best known to Westerners as the birthplace of former Iraqi dictator Saddam Hussein.

ISIS, the radical Sunni militant group, has been on a murderous campaign to establish a caliphate across swaths of Iraq and Syria.