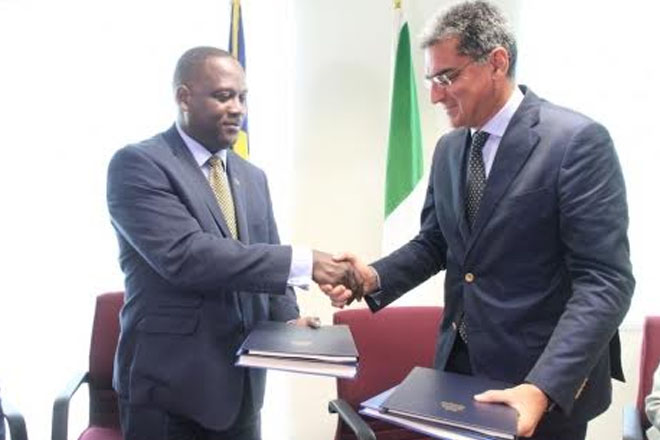 Italy’s Ambassador to Barbados says his country made an unfortunate mistake when it put the Caribbean island on a blacklist of tax havens.

Paolo Serpi sought to clear up the misunderstanding as the two countries signed a Double Taxation Agreement yesterday. Back in June, the European Commission named Barbados among several Caribbean countries on the blacklist, based on the recommendations of European Union nations.

The move had prompted a strong response from Barbados International Business Minister Donville Inniss, who sought to fight the decision.

Serpi says yesterday’s signing between himself and Inniss was a sign that Barbados and Italy must rebuild trust in one another.