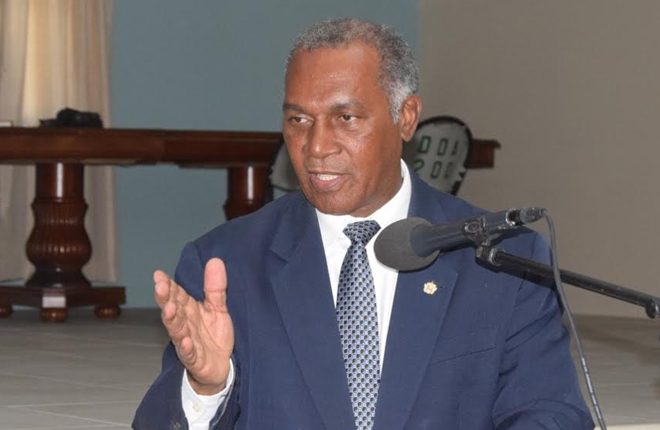 At a review of the 2016 season on Tuesday (December 20) with participating workers, Honourable Amory, who is a Senior Minister in the Federal Government and also the Premier of Nevis, said he knows persons in Nevis who participated in the seasonal programme in the past, who did “fairly well” and recommended it to other persons.

“Here is an opportunity to provide for yourselves meaningful and gainful employment in a country which requires your energy and resource, your labour,” he said. “I believe that we can have more people if we make a greater effort to advertise, to acquaint those who may need this type of employment in Canada, of the benefits of the programme.”

Among the benefits are the opportunity to live in a foreign country for about six months; the ability to earn higher wages in a foreign currency (EC$1 = $0.50 Canadian dollar); learning about a different culture; and forming new relationships.

The Department of Labour has been informed of new changes to the CCSAWP that will affect participants in 2017. These include workers paying for their own airfare and visa to travel to Canada rather than sharing the costs with farmers. Senior Minister Amory said the government will share the feedback of the workers about this new arrangement.

“I assure you that having discussed with you the changes which will come that the officers of the Ministry of Labour and the Department of Labour, with my support, will do whatever we can to ensure that you are able to participate in the 2017 programme,” he stated.