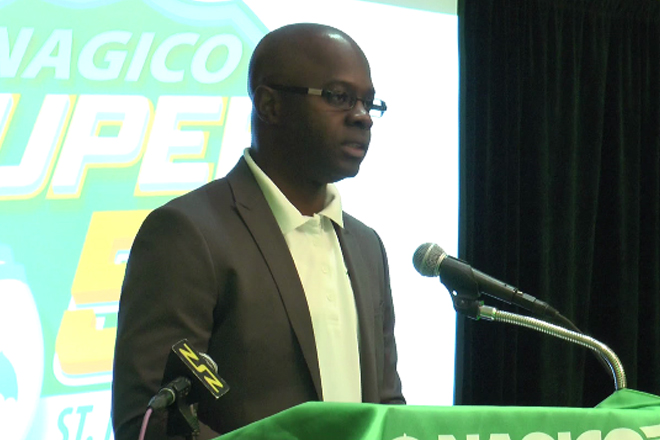 (ZIZ News) – Local cricket stakeholders joined staff of NAGICO Insurances and representatives of the West Indies Cricket Board (WICB) at the St. Kitts Marriott Resort, on Tuesday, for the official launch of the 2016 NAGICO Super50 Tournament.

He said, “We would have felt over the three year period, that we would have made a significant contribution to West Indies cricket. At a time when economies are struggling, companies are cutting back on marketing expenses on contributions to communities, NAGICO still felt it necessary to give back to the communities in which we operate.”

President of the Leeward Islands Cricket Association, Auckland Hector said the Super50 Tournament, along with the Caribbean Premier League and the WICB’s Professional Cricket League, will help in the rebuilding of West Indies Cricket.

“It is no secret that our cricket has seen better days. The good news is we are taking vital action to turn around the fortunes of our cricket and this expanded Nagico Super50 Tournament is providing one of the three important competitive platforms on which our turnaround would be based,” Hector noted.

Meanwhile, Deputy Prime Minister and Minister of Sports, the Hon. Shawn Richards used the occasion to highlight his government’s continued support of the game, stating “our hosting of the Leeward Islands Hurricanes franchise team is demonstrative of the value deemed in further enriching our federation’s passion for cricket and the rich culture it instills”.

He added, “We remain fully cognizant of its contribution to the furthering of the development of the sport and potential industry of cricket in our region of the Caribbean. My government’s continued focus on sports as a vehicle for upward mobilisation of our nation’s youth is well resourced in cricket and especially in this Super50 Tournament.”

The tournament officially bowls off on Thursday with two matches.

The first match, between the Guyana Jaguars and the Windward Island Volcanoes, takes place at the St. Paul’s Sporting Complex at 9am.

The second game, between the Leeward Islands Hurricanes and CCC Marooners, starts at 1:30pm at the Warner Park Cricket Stadium. This match will be carried live on ZIZ Radio 96.1FM.