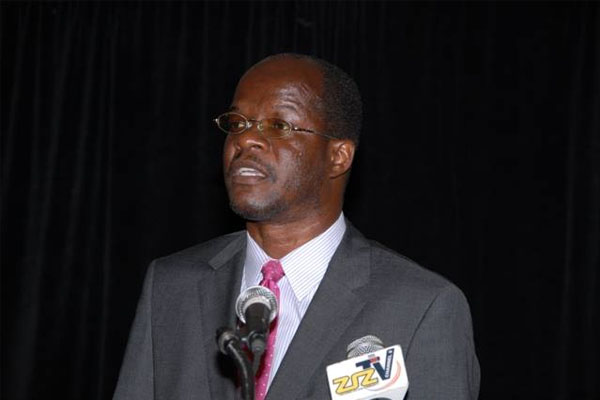 (ZIZ News) — The regulatory framework of St. Kitts and Nevis has been stripped down in some areas and bolstering of other areas.

This is according to Minister of Justice and Legal Affairs, the Hon. Patrice Nisbett who spoke during Tuesday morning’s Anti-money Laundering/Countering the Financing of Terrorism [AML/CFT] seminar at the St. Kitts Marriott Resort.

“The proceeds of crime act for instance, has been tweaked and amended again all in an effort to ensure that there was no stone or barrier behind which a would be money launderer or terrorist could find refuge,” Minister Nisbett said adding that “Concepts such as self laundering, our traditional understanding of the naming of property and the entire process from crime reporting, detection, investigation, right up to arrest, prosecution, confiscation and forfeiture of property all had to be opened up surgically and examined microscopically to ensure that our system was as air tight as possible.”

The Foreign Affairs Minister also revealed that St. Kitts and Nevis has progressed from a state of infancy, traversed the turbulent years of adolescence and has now settled into the stability of adulthood.

“Notwithstanding the attainment of such milestones, the path we have taken has been sometimes akin to a crash course in this business of nationhood. Truth be told, the world is not overly concerned about the size of our country, the prowess of our military or indeed the depth of our resources whether human or financial. In the final analysis, the questions within the global arena are focused on if we are independent nature then we can stand our own two feet,” he explained.