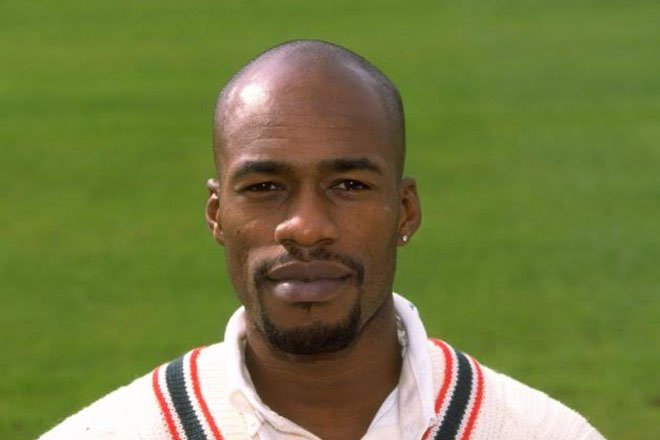 Sports Page — The former England allrounder, has been released from prison after serving six years for drug smuggling.

Lewis, 47, was sentenced to 13 years imprisonment in May 2009 for smuggling liquid cocaine valued at more than £140,000 into Britain hidden in fruit juice tins in his cricket bag. He was stopped at Gatwick airport after a flight from St Lucia the previous December.

“On a physical level jail has not been hard,” Lewis said after his release from High Down Prison in Surrey. “It’s a hard mental exercise to stop yourself from thinking negatively. For 24 hours a day you’re a prisoner. It’s nice to be back – and I don’t mean being outside – I mean back being me.”

Far from excluding Lewis from its midst, English cricket is considering plans to work with him to educate young players. Lewis could address young professionals at the Professional Cricketers’ Association’s Rookie Camp next year to warn them about his experience.

This would be the latest example of the PCA’s willingness to rehabilitate former cricketers who have committed a crime by involving them in education processes. Mervyn Westfield, who was found guilty of spot fixing, has also addressed young professionals about the dangers.

“You are playing cricket, perhaps even hoping to get back into the England team, and within the space of a few months it’s actually all over,” he said.

“There wasn’t a great deal of information around (then) for young players about what they should be doing or trying to do. Yes, you heard the stories about having to plan for your future because cricket doesn’t last forever but what does that mean?

“At the time I thought that planning was taking out a pension or taking out a life insurance which are things that I actually did. Standing here now you know planning is a lot more and it takes a lot more time and effort.

“The PCA has been extremely supportive right from the beginning of this situation let’s say. Going ahead, I would like to become a part of that, whether it’s giving advice or whether it’s just tugging on the grey matter to find out what happened at this particular time.