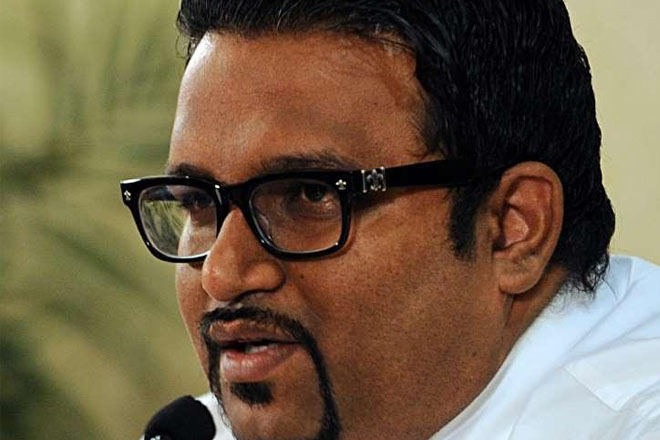 (AFP) – Maldivian authorities on Saturday arrested the nation’s Vice President Ahmed Adeeb over an alleged plot to assassinate President Abdulla Yameen, who escaped death after his boat was hit by a bomb last month, the home minister said.

Adeeb, 33, was arrested at the Maldives’ main international airport at around noon local time (0700 GMT) Saturday as he returned home from Singapore.

Maldivian police confirmed his detention was linked to the investigation into the September 28 blast aboard Yameen’s speed boat.

“Vice president Ahmed Adeeb has been arrested under a court warrant for the investigation into the explosion aboard the presidential speedboat,” Maldivian police said on Twitter and an official website.

Yameen appointed Adeeb as his deputy three months ago after impeaching his original running mate Mohamed Jameel on charges of treason.

The attack on the president’s speedboat occurred as he was about to disembark at the capital island Male after returning from a pilgrimage in Saudi Arabia.

The Maldivian leader was unhurt in the blast but his wife and two others suffered minor injuries.

Hours before the dramatic arrest Saturday the president sacked his police chief Hussain Waheed, the latest in a series of firings seen by some as a purge of individuals whose loyalties may be in doubt.

Shareef, who flew to nearby Sri Lanka soon after the September 28 blast, said the explosion may have been a mechanical issue, but the authorities later declared it to be an assassination attempt.

Maldivian authorities have also arrested two security personnel who had access to Yameen’s boat but have yet to disclose what caused the explosion.

The Maldives has seen its image as a peaceful holiday destination for well heeled honeymooners dented by political turmoil since the toppling of the country’s first democratically elected leader Mohamed Nasheed in February 2012.

Yameen, who came to power following a highly controversial election, jailed Nasheed for 13 years in March and faces international censure over his crackdown on dissent.

A UN panel last month asked him to free Nasheed and pay him compensation for his wrongful incarceration, a demand rejected by Yameen.