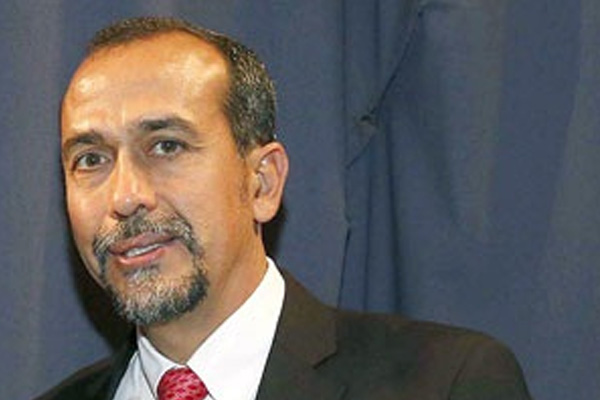 GUADALAJARA, September 25, 2014 (AFP) – A Mexican federal lawmaker was killed and burned after being abducted in broad daylight, authorities confirmed Wednesday, shocking his ruling party amid government assurances that violence is down.

Deputy Gabriel Gomez Michel was heading to the airport in the western state of Jalisco on Monday when at least five cars intercepted his sport-utility vehicle, authorities said.

The 49-year-old former pediatrician’s body was found early Tuesday in the neighboring state of Zacatecas inside the charred remains of his SUV, alongside the burned corpse of his assistant.

Forensic experts positively identified the bodies of Gomez Michel and Heriberto Nunez Ramos, who were so badly burned that authorities could not tell how they were killed.

Jalisco’s chief prosecutor, Luis Carlos Najera, said investigators believe an organized crime group was behind the double murder because of the way the kidnapping took place.

Security camera footage showed cars flanking the lawmaker’s SUV as a man in a red shirt points at the car’s window on the road outside Guadalajara.

Zacatecas attorney general Arturo Nahle said no bullets were found in the bodies or the car.

Authorities did not name any gang but Jalisco is a bastion of the Jalisco New Generation drug cartel. Nahle said the Gulf Cartel is present in Zacatecas.

Several local politicians have been attacked during Mexico’s drug war, with at least 30 mayors killed since 2006, but violence against federal lawmakers is less common.

A PRI lawmaker was killed in violence-plagued Guerrero state in 2011. At least five other federal legislators have been attacked since 2006.

Some 80,000 people have been killed since troops were deployed to crack down on drug cartels in 2006.

Najera said authorities bungled the response to the kidnapping, which had been reported by the lawmaker’s wife Monday afternoon.

“We are investigating the disastrous coordination between (police) corporations in the deputy’s kidnapping, which gave them (abductors) enough time to flee,” he said.