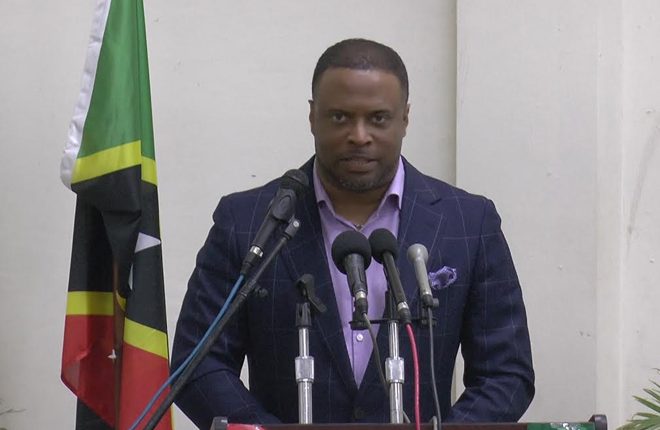 (ZIZ News) — The Ministry of Foreign Affairs has been hard at work the past two years expanding the diplomatic footprint of St. Kitts and Nevis.

This is according to minister of foreign affairs Hon. Mark Brantley who said that diplomatic relations have already been created with several countries.

He said the Ministry is trying to make it easier for the people of St. Kitts and Nevis to travel the globe.

“When you present your passport which says St. Kitts and Nevis, there should be no impediments to you travelling. We have embarked on a journey of negotiating what we call reciprocal visa waiver arrangements with various countries and all that means is that we allow them to come to us without a visa and they allow us to go to them without a visa,” he said.

“I want you to understand that this has particular value because passports, and how passports are treated, they are ranked and one of the indicators of ranking is how many countries you can visit without a visa,” he added.

Minister Brantley noted that citizens can travel to Kosovo, Brazil, Ukraine, Maldives, Indonesia, Seychelles and Bolivia without a visa.

He said it is expected that shortly citizens will be able to travel to Paraguay, Rwanda, Ethiopia, the United Arab Emirates, Kuwait, and Brunei.