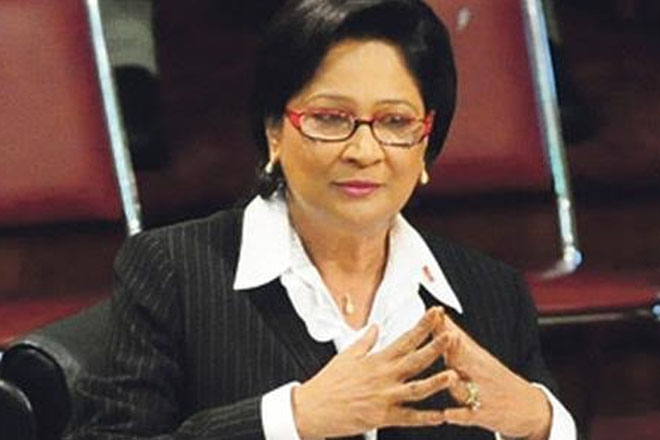 Port of Spain, Trinidad — Trinidad and Tobago Prime Minister Kamla Persad Bissessar stated on Tuesday night that no one in her People’s Partnership government was involved in any plot to kill opposition leader Keith Rowley.

Speaking on local television when she was screening candidates for the September 7 general election, Persad Bissessar said the claim by Rowley was irresponsible.

The PM also said her government has not paid anyone to write about Rowley. She said if Rowley has any evidence to support his wild claims he should take it to police.

She also said, while she and her People’s Partnership coalition have presented a plan to take Trinidad and Tobago forward, the opposition People’s National Movement (PNM) has yet to show that it has a plan.

Persad Bissessar added that all 41 People’s Partnership candidates will be presented on Sunday at a mass rally.