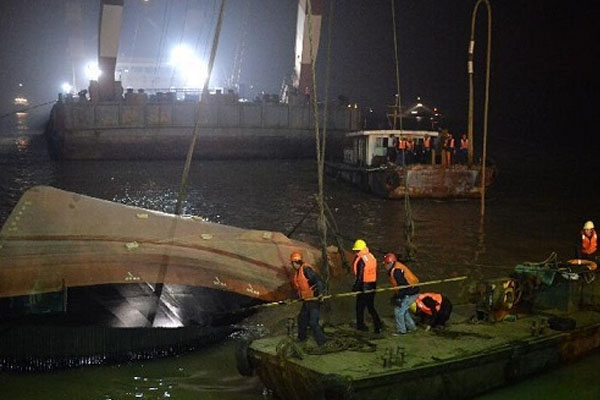 Over 20 missing after boat sinks in eastern China

Shanghai, China (AFP) — More than 20 people were missing Friday, including foreigners, after a tugboat sank on a trial voyage in China’s vast Yangtze river, state media and authorities said.

The new vessel was undergoing testing in the eastern province of Jiangsu on Thursday afternoon with the owner and technicians aboard, Xinhua said, without identifying the proprietor.

“Singaporean and Japanese nationals are confirmed among the missing people and a Frenchman may also be lost,” it said. Three people had been rescued.

The provincial government said the boat was undergoing trials without properly completing the required procedures and without first reporting the condition of the ship, as required by regulations.

Media reports said the accident occurred on a stretch of the river, Asia’s longest, under the jurisdiction of Zhangjiagang city.

The search was continuing, Xinhua reported, but cited rescuers saying the work was difficult as the current was swift and the water cold.