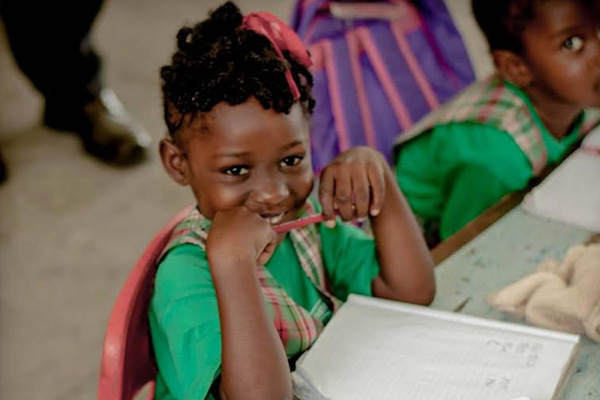 Basseterre, St. Kitts (SKNIS) — Prime Minister the Rt. Hon. Dr. Denzil Douglas along with other cabinet members are paying their annual visits to schools in celebration of St. Kitts and Nevis’ 31st Independence Anniversary, much to the excitement of students.

The Prime Minister and his colleagues made their initial stops on 9th September and were greeted with bright smiles and enthusiasm as most have only seen them on television.

The Prime Minister focused his addresses on this year’s theme, “A Nation on the Move, Celebrating Our Progress” and shared that the school tours are excellent opportunities to relay to students that “our country, our nation, our people are moving forward and upward.”

“We are not today where we were yesterday and we will not be tomorrow where we are today,” the Prime Minister noted. “In other words we are on the move; we are progressing upward and forward and we are doing so in so many ways.”

The nation’s leader stated that “as we move from one stage of development to the next, we will see that we are progressing as a people and there is good reason to celebrate.”

Prime Minister Douglas noted the advancement of St. Kitts and Nevis since 1983 when the islands obtained independence. He cited the transition from depending on sugar cane to depending on tourism and services related to tourism as an example.

During the tours, the Prime Minister introduces the Ministers and hands out brochures of the national heroes and national symbols along with a CD containing the documents. He also gives the students flags to use on special occasions. The visits wrap up tomorrow.