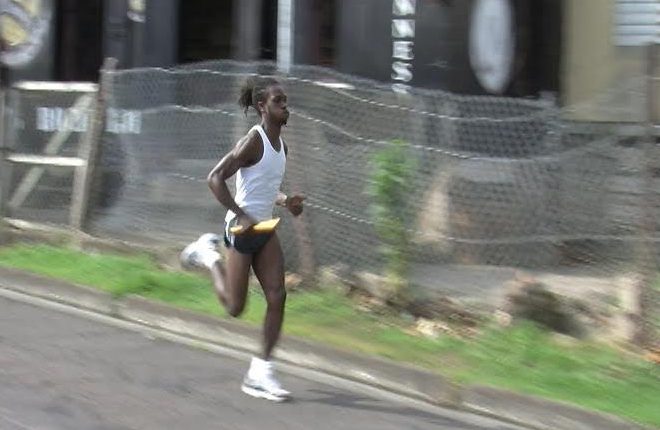 Police Constable Delroy Stapleton has been arrested and charged for the offences of inflicting bodily injury with a weapon and unlawful discharge of a firearm.

The charges stem from a shooting incident that occurred on June 26, 2016 on the Frigate Bay Strip.

Henry reportedly suffered a gunshot injury to his neck after the off duty officer discharged his weapon.

After several months of treatment, Henry continues to seek additional care to help restore mobility in his arm.

The shooting incident created quite a stir on social media and across the island as many persons feared that the incident would leave the thriving athlete handicapped.

The incident was investigated by the Violent Crimes Unit (VCU) and the Office of Professional Standards and was reviewed by the office of the Director Of Public Prosecution (DPP).

Police Constable Stapleton appeared before the Basseterre Magistrate Court on Tuesday and was granted bail in the amount of $25,000 with two (2) sureties.

Commenting on the incident, Commissioner Queeley said, “We have systems and processes in place to deal with these types of incidents. During the investigation the necessary protocols were followed and a decision was arrived at.”

“These things take time, and we allowed the process to take its course”, The Commissioner added.

Constable Stapleton has been suspended from all duties with immediate effect pending the determination of the charges.