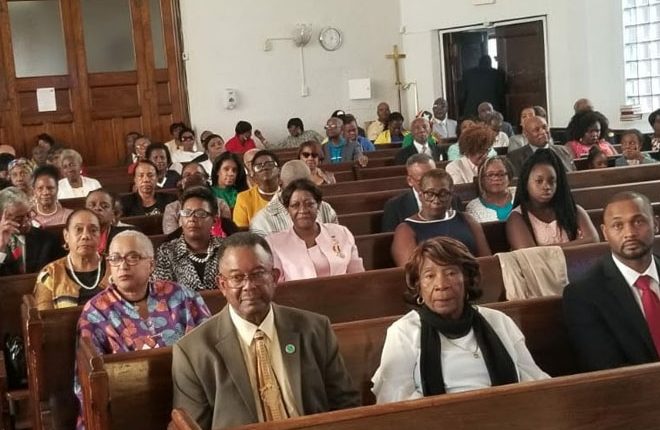 Activities to mark St. Kitts and Nevis’ 35th anniversary of Independence continued on Sunday in the Bronx, New York, USA, when Prime Minister Dr. The Honourable Timothy Harris joined hundreds of nationals in the diasporic community for a special thanksgiving church service.

Prime Minister Harris is in New York on official government business, participating in the 73rd Session of the United Nations General Assembly at the UN Headquarters.

Organized by the Kittitian-American Benevolent Association (KABA), the thanksgiving service saw a unique blend of nationals coming together in praise, prayer, and fellowship in recognition of 35 years of continued development in St. Kitts and Nevis.

The service featured prayers, songs of exaltation, scripture reading, poetry, as well as special greetings from dignitaries in attendance including the permanent representative of St. Kitts and Nevis to the United Nations, His Excellency Sam Condor. Permanent Secretary in the Office of the Prime Minister, Mr. Osbert Desuza and director in the Office of the Prime Minister, Ms. Chelesa Rawlins were also in attendance.

Prime Minister Dr. The Honourable Timothy Harris delivered a special message to the congregation thanking KABA for organizing the event while also reminding the nationals living abroad of the important role they must continue to play in the development of the twin island Federation.