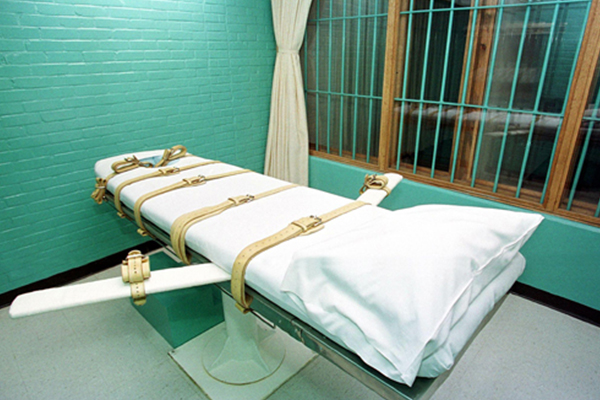 WASHINGTON, USA – A US man was executed Wednesday in the state of Texas for murdering a recording studio owner whose equipment he also stole, prison authorities said.

Ray Jasper, 33, who had spent the past 14 years on death row, was declared dead by lethal injection at 6:31 pm (0031 GMT Thursday) in Huntsville, a Texas prison spokesman said.

In his final words, Jasper thanked his supporters and urged his family to “please take care of each other.”

The African-American rapper was 19 when he organized, with the help of two accomplices, the November 1998 burglary at a recording studio he was working with in San Antonio.

He was sentenced to death in January 2000 for stabbing to death the owner of the studio, David Alejandro, a composer and musician who was 33.

His two accomplices were handed life sentences, after Jasper confessed and admitted to having recruited them to help transport the heavy recording equipment, computers, microphones and mixing boards.

He admitted he killed Alejandro so that he couldn’t be identified after the burglary, according to court documents.

His appeal contesting the composition of the jury and the impartiality of the process was dismissed, and his final appeal at the Supreme Court was rejected Wednesday by Judge Antonin Scalia, whose region includes Texas.

It was Texas’s third execution this year, out of 11 carried out across the country. Another execution is planned for March 27 in the state, where more than a third of all US executions took place in 2013.