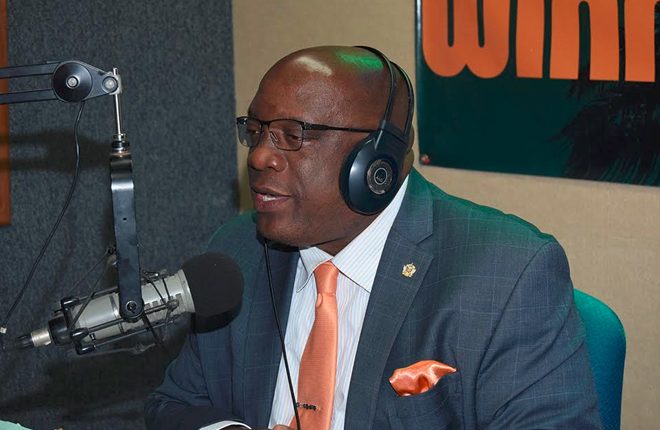 (Press Unit in the Office of the Prime Minister) – St. Kitts and Nevis’ Prime Minister, Dr. the Honourable Timothy Harris, has reported that more than fifty new applicants have been approved for loans under the Fresh Start Programme between February 1 and March 14, 2017.

During his February 1, 2017, press conference Prime Minister Harris stated then that 427 applicants had so far succeeded in getting loans amounting to a total of $28.5 million.

“We have some 478 beneficiaries. Last time I was here, we were about 427 so in the short space of about a month or thereabout, we have added another 51. So 478 persons have been approved, and the total amount for these approved loans (is) $37.86 million – so just about $38 million in approved loans of which $32 million has been disbursed,” Dr. Harris said, adding that there is still over $20 million available under the programme.

This comes following the pledge of an additional $35.4 million into the programme, which is designed to promote small and medium sized enterprises (SMEs) in the federation.

“We mobilized for 2017, $35 million to assist small business people; via Development Bank – $30 million (and) $5 million to go into a regional project to set up a credit bureau,” Dr. Harris noted. “The credit bureau should provide more objective data, a score for each borrower and therefore provide a reference by which lending institutions can use to make an assessment about the borrower, so we are moving in the right direction in that regard.”

Prime Minister Harris said that the money allotted through the Fresh Start Programme is the largest pool of resources ever mobilized by any government in support of SMEs, as his administration understands the significant role these businesses play in the overall economic development of St. Kitts and Nevis.

He added, “The ordinary man in St. Kitts and Nevis – the poor man – and those who basically have ideas but no backers could find easy access to financing because the studies show that small businesses create 70 per cent of jobs in the economies, so if we build that we are building the prospects for economic growth. We are empowering more people to stand on their own two feet and we are encouraging enterprise and entrepreneurship.”

The honourable prime minister said of the 478 successful Fresh Start applicants to date, more than one hundred of them hail from Nevis.