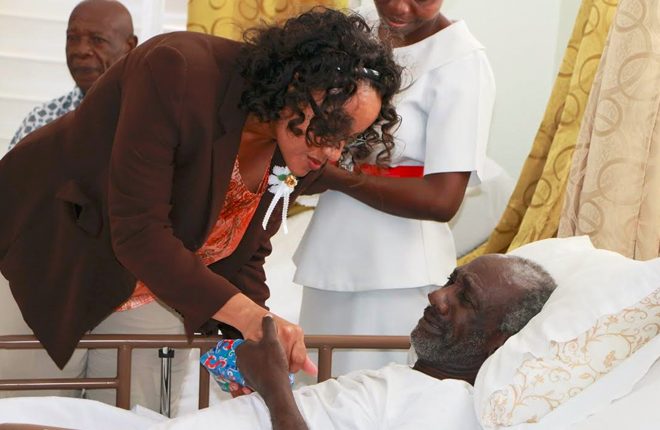 (SKNIS): With a new year fast approaching, residents of St. Kitts and Nevis can look forward to improvements in two critical areas in healthcare – oncology and mental health.

During an interview, taped after a recent walkthrough of the Joseph N. France (JNF) General Hospital, Minister of State with responsibility for Health, Honourable Wendy Phipps, referred specifically to the Oncology Unit at JNF, as well as the Mental Health Day Treatment Center at Lime Kiln that were both commissioned in early December 2016.

“These are two new services that we will be able to roll out better in the New Year,” she said. This is expected as specialist staff aided by support nurses and other related personnel settle in to expanded operations. Local staff will also be trained to eventually take up all functions in cancer treatment at the unit. Efforts to enhance in-service training at JNF for trainees in hospital-type nursing will also continue with focus placed on targeted community programmes.

“We are trying to replicate that model with Pogson [Medical Center in Sandy Point] being the base for it – dealing with the community-based nurses where your clinics are located to help to beef up the training, and to continue sharpening the saw to make sure that we extend to the persons of this country primary healthcare of a first class nature,” Minister Phipps stated.

Residents have also been promised the roll out of Universal Healthcare in 2017 as outlined by the Minister of Health, Honourable Eugene Hamilton, during the recent Budget address for the upcoming fiscal year.