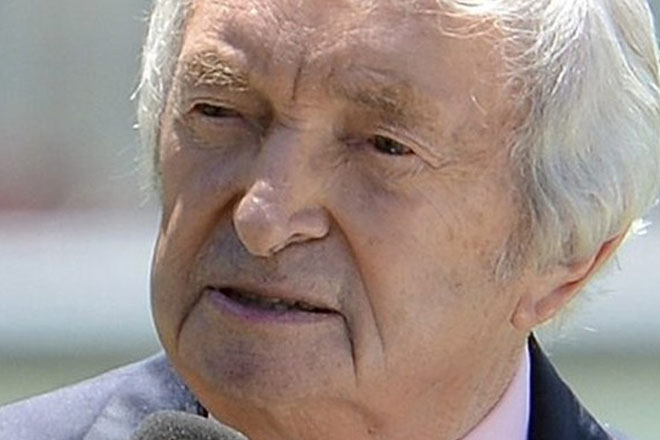 Sports Page — Richie Benaud, the former Australia captain, journalist and legendary broadcaster, has died in Sydney aged 84. He had fought a long battle with skin cancer and had also suffered from the after-effects of a serious car accident near his Coogee home in late 2013.

A leg spinner and aggressive batsman, Benaud’s 248 wickets made him Australia’s leading Test bowler of all time when he retired in 1964, having also never lost a series in which he was captain.

His captaincy achievements included the return of the Ashes to Australia after a gap of seven years in 1958-59, a key role in the epic 1960-61 home series against the West Indies that featured the first tied Test in Brisbane, and the conjuring of a miraculous victory over England at Manchester in 1961.

Melding flair and pragmatism in a way that would be emulated by successors including Ian Chappell, Mark Taylor and the incumbent captain Michael Clarke, Benaud helped breathe life back into Test cricket after a relatively moribund period for the game in the 1950s.

But Benaud would have arguably as much impact on the game as a broadcaster in England and Australia, a trade he moved into having worked as a police reporter before his playing retirement. His spare, dry style and ability to add to the images on screen rather than talking over the top of them was distinctive.

He also played a key role in the establishment of World Series Cricket as a key organizer of the breakaway competition for Kerry Packer and then the host of Channel Nine’s coverage in 1977. It was a role Benaud would hold for most of the next 48 years, while living an “endless summer” with his second wife Daphne that took in work for the BBC and then Channel Four in England during Australian winters.

Taking strong note of his journalistic training, Benaud was seldom given to expressing fervent opinion nor to hark back to his playing days. A generation of Australian children grew up knowing him only as a television host and commentator, and he was often asked if he had ever been a player.