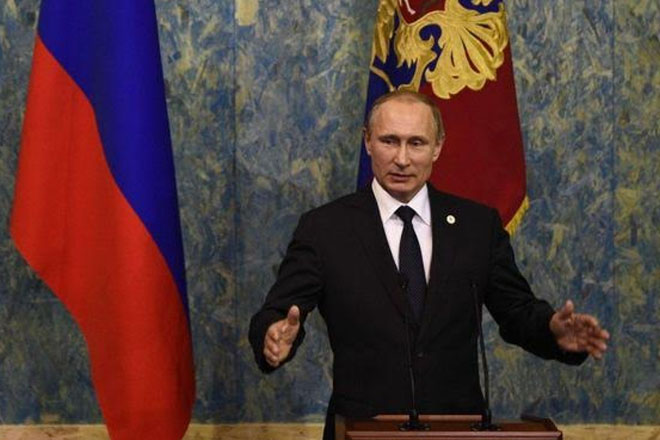 Russia says Turkey ‘shot down plane for IS oil’

Russia has accused Turkey of shooting down its warplane, near the border with Syria in order to protect its oil trade with the Islamic State (IS) group.

Speaking at international talks on Climate Change in Paris, Russian President Vladimir Putin called the downing of the plane a “huge mistake”.

Turkey has denied any ties to IS and is part of a US-led coalition carrying out air strikes against the militant group.

The Turkish government has refused to apologise for the incident.

One Russian pilot was killed and the other rescued following the crash on 24 November. Turkey says the jet entered its air space – an accusation Russia denies.