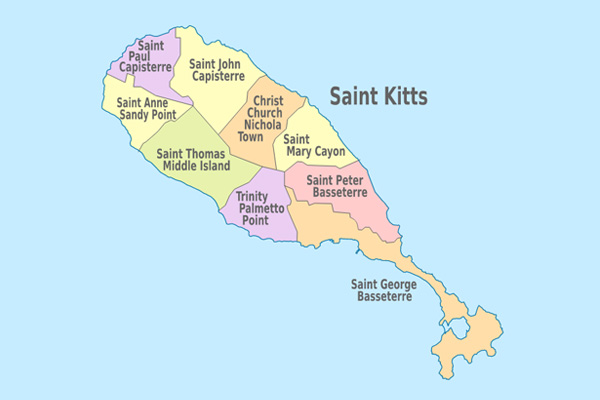 Basseterre, St. Kitts (CUOPM) — A leading Kittitian researcher has been looking at the changing population pattern in St. Kitts over the past 50 years.

Interim Vice Provost of Research and Professor of Social Sciences at the University of the Virgin Islands (UVI), St. Thomas, Dr. Frank L. Mills addressing patrons at the Annual Sandy Point Benevolent Society Banquet in the Bronx, New York notes while St. Peter’s has experienced growth in housing and population, St. Anne’s has recorded a double digit loss in residents.

“It should be of interest to you to know how St. Kitts and Nevis itself is changing, having been subjected to non-stop emigration for the last 50 years. You may know that the largest population in the Federation was recorded in 1960, when it reached 51,023, even though thousands were sailing off to England and hundreds were emigrating to the United States Virgin Islands and the British Virgin Islands,” said Dr. Mills,

“What is less well known is the degree to which Kittitians and Nevisians are moving their place of residence around the islands. For example, the parish of St. Peter that many of you remember as Monkey Hill experienced the largest growth in new housing of about 22 percent between 2001 and 2011. But this following fact may make some of you quite sad: the parish that recorded the highest level of decline was St Anne’s – yes that is Sandy Point itself! It has lost about 12% of its population between the last two census years,” Dr. Mills disclosed.