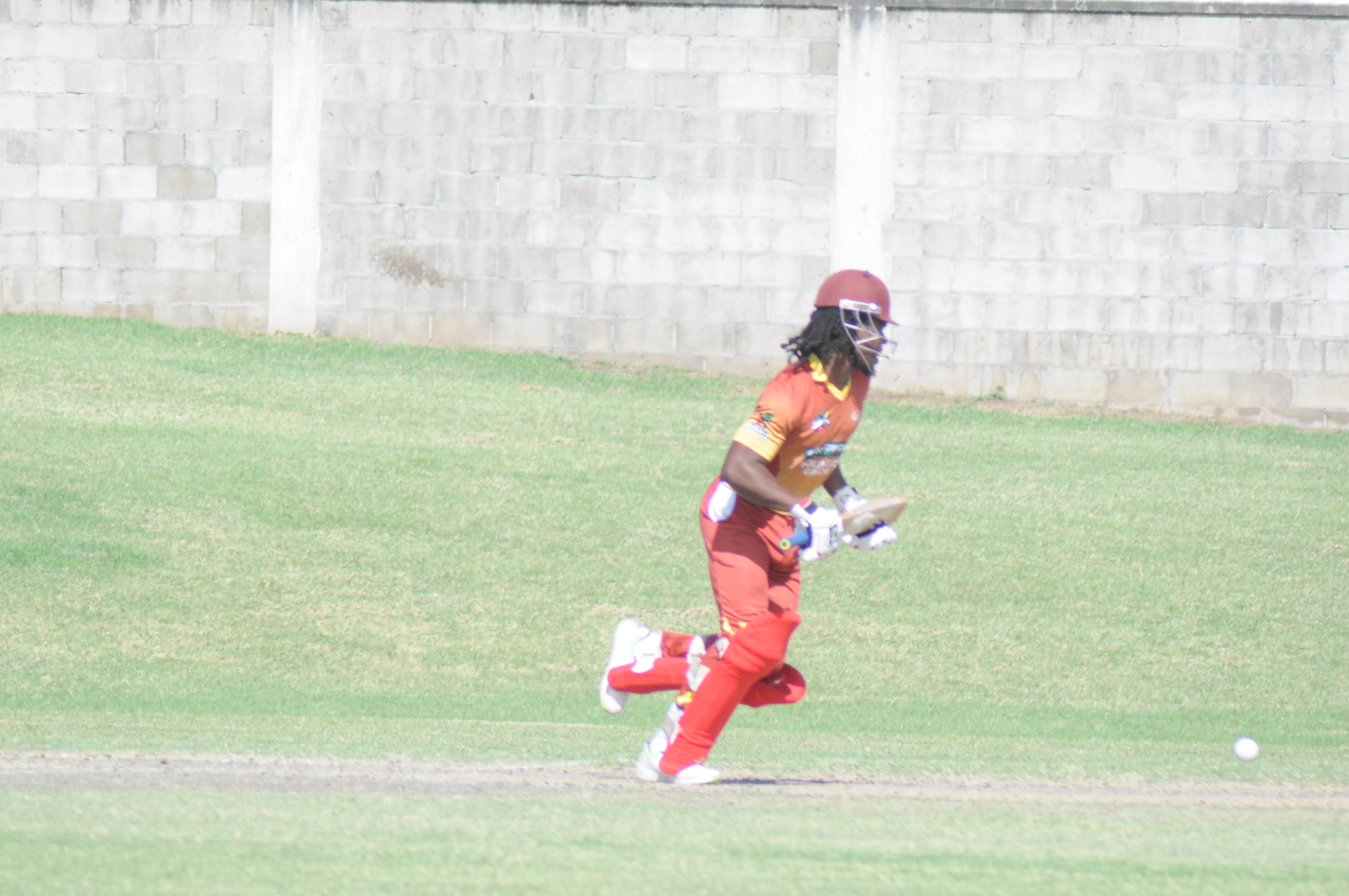 Uprising stars batting first were bowled out for 86 with none of thier batsmen getting to 20 and extras topping the scorecard with 21.

In response Sandy Point cruised to victory in 11 overs only losing one wicket. Akeem Saunders topped scored for Sandy Point with an unbeaten 46.

On Sunday in the first game penalty runs decided the encounter between Haynes Smith and Newtown.

Haynes Smith batting first were able to post 131-8 from their 20 overs but got a boost after Newtown were punished with a slow over rate adding an additional 24 runs on to Haynes Smith total.

Top scoring for Haynes Smith was Javal Hodge who smashed 49 not out.

Newtown on the back of 44 from Kevin Hanley, 33 from Elsroy Powell and 20 from Calvin Williams fell short of the adjusted Haynes Smith total by 4 runs, until the umpires determined that Haynes Smith had received a penalty of six runs for slow over rate handing Newtown and a narrow two wicket victory.

In the final game of the weekend Molineaux/Cayon recorded a 52-run victory over Young Gunz. Batting first Molineaux/Cayon posted 178-3 from their 20 overs with Jaeel Clarke once again proving to be the talisman scoring his second straight 50 of the competition to lead his side.

They also benefited from 6 penalty runs meaning Young Gunz needed 185 for victory.
+
In their turn at the crease Young Gunz had a strong power play against the Molineaux/Cayon Pacers storming out to 53 from the first six overs.

The spinners of Molineaux/Cayon put the brakes on Young Gunz which resulted in them having to seek boundaries but it led to them losing regular wickets and could only muster 126 for 9 from their 20 overs. They were too awarded 6 penalty runs.