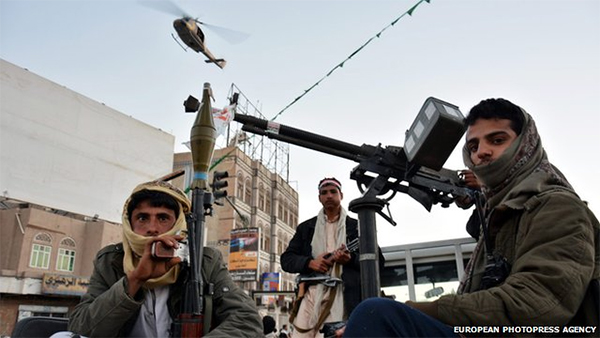 (CNN) — Saudi Arabia and at least two other nations said Friday they were temporarily closing their embassies inYemen, joining the United States and some other countries in shutting their diplomatic outposts in the Arabian Peninsula nation because of what they say is a deteriorating security situation.

One of the Yemeni officials said the Saudi evacuations happened Thursday.

Germany and Italy also said Friday they were temporarily shutting their embassies in the capital, Sanaa.

The United States, along with Britain and France, said this week that they suspended operations at their embassies and moved out staffers because of instability in Yemen after Houthi rebels seized control of key government facilities, dissolved parliament and placed President Abdu Rabu Mansour Hadi under house arrest last month.

The Houthis — Shiite Muslims who have long felt marginalized in the majority Sunni country — are now the preeminent power in Sanaa. But different groups there have resisted the Houthis’ attempted takeover of national government institutions, particularly in the south, where there’s a long-running secessionist movement.

Yemen also is home to al Qaeda in the Arabian Peninsula. The United States has had a long relationship with Yemeni leaders, working with them to target AQAP militants.

It’s not clear what the Houthis’ takeover of Sanaa means for the United States and its anti-terrorism efforts, but the U.S. drone program there still appears to be active. A drone strike killed senior AQAP cleric Harith bin Ghazi al-Nadhari and three other people in Yemen on January 31.