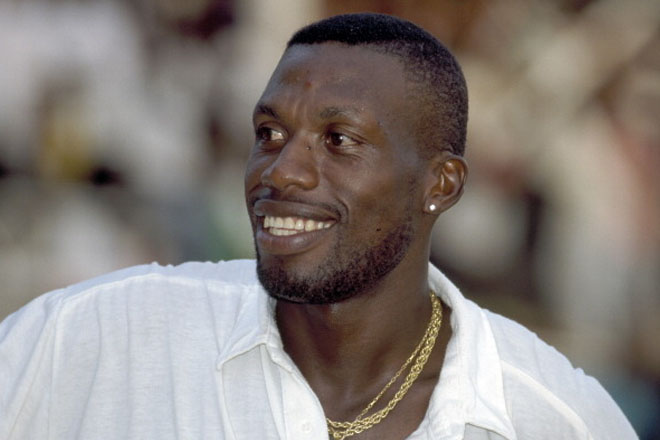 Bridgetown, Barbados – West Indies fast bowling legend Sir Curtly Ambrose is coming out of retirement to turn his arm over in support of a very worthy cause.

The icon, who retired from international cricket 15 years ago with 405 Test wickets and 225 in One-Day Internationals, announced his availability for the “Rally Round Dominica” charity match this Saturday.

He will line-up for the University of the West Indies Vice Chancellor’s Celebrity XI against West Indies Cricket Board President’s Celebrity XI, which begins at 7 pm (6 pm Jamaica Time) at the historic Kensington Oval.

“When I retired from cricket, I said I would never play again – any form of cricket,” said Sir Curtly. “I came back to play a few games here and there and now. Now, I have been asked to represent the UWI Vice Chancellor’s Celebrity XI and I immediately agreed to participate in aid of such a worthy cause.”

Admission for the event – jointly hosted by the WICB and UWI – is US$10 for adults and US$5 for children under the age of 12, with all proceeds going directly to the Dominica Government to assist with recovery efforts in the island which suffered severe damage to property and loss of life from the passage of Tropical Storm Erika, and continued to be affected by heavy rainfall in the recent days.

“I don’t mind sending down an over of two for such as worthy cause,” said Sir Curtly, who celebrated his 52nd birthday on Monday. “I was very touched when I heard the news and then saw what happened on television.

“I knew the storm had passed and then I heard they had a lot of rain, but initially I didn’t realize the devastation. I saw the clippings and it was really a tragedy. We all have to play our part to help rebuild the country, hence the reason why I decided to be part of this fund raising event.

“Generally, I am expecting a very good game and I want to urge all the fans in Barbados to fill the Oval on Saturday night. I also want to encourage those not in Barbados to make donations through other means, so the people of Dominica can get back on their feet as quickly as possible.”

Each side is expected to field half-dozen current players from the West Indies team currently preparing for next month’s Tour of Sri Lanka and a number of celebrity players.